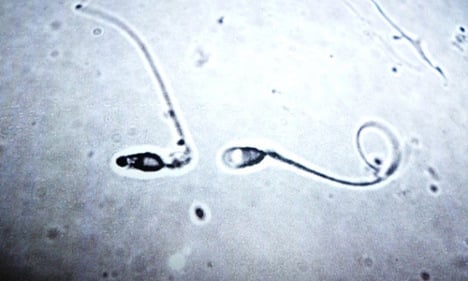 News that scientists based in Lyon had managed to create in vitro human sperm has been described as a revolution in the world of research on male infertility.

Researchers at French start-up Kallistem had announced the discovery previously but on Thursday they revealed the secret behind the process for the first time.

The scientists Philippe Durand and Marie-Hélène Perrard hope the breakthrough could eventually help the tens of thousands of infertile men whose sperm doesn’t develop properly and those cancer sufferers whose sperm production is harmed by chemotherapy treatment.

However there is still a long way to go with the in vitro sperm yet to be clinically tested so it’s too early to talk about any kind of cure.

There is however ethical barriers to overcome before a baby is completely conceived in vitro from a sperm produced outside the human body.

French scientists will first have to use rodents to test whether the sperm can fertilize a female egg.

The chief challenge for the scientists was managing to reproduce scientifically the process of making sperm, which usually takes 72 days in the human body.

It was achieved by creating a bio reactor using a viscous fluid partly of substances found in the walls of mushrooms or in crustacean shells, Associated Press reports.