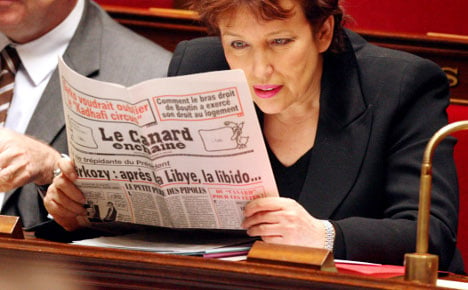 It's the most popular satirical newspaper you've never heard of.

The eight-page, austere newspaper Canard Enchainé stands out as an envious exception in the struggling media landscape.

It has no ads, no outside shareholders, no debt and almost no online presence, yet it still runs at a profit thanks to readers who have stayed faithful for most of its 100-year existence.

“It's a newspaper that has managed to combine several newspapers in one,” says Laurent Martin, a history professor at Paris 3 University and author of a book on the weekly.

“There are readers who only buy it for the cartoons, others who get it for political gossip… still others who read it because it has an activist tendency and then there are the people who buy it for exclusive revelations.”

Maurice Marechal, the journalist who co-founded the Canard Enchaine on September 10, 1915, made a point of honour of guaranteeing its financial independence, which he believed would allow it to satirise and criticise at will.

It has remained in the hands of its employees ever since then, depending solely on sales for its existence.

The weekly's two founders — dogged by a lack of resources and personnel — initially struggled to keep it afloat and after five issues, they closed the paper only to re-launch it again in 1916.

But it was not all smooth-sailing during its early, World War I days, when France's cherished freedom of the press was suspended and military authorities were given the green light to censor any information deemed dangerous.

Indeed, the paper's title means 'chained duck' — in French a “canard”, or duck, is the colloquial name for a newspaper and the chains refer to its birth during the heavy press censorship of World War I.

So the Canard Enchaine started inventing ingenious ways to criticise and circumvent censors using riddles, understatements, irony and sarcasm that have remained to this day.

Initially, the weekly was purely sarcastic but in the late 1950s, it added an investigative dimension with the arrival of new journalists who had extensive contacts, and went on to break big stories.

In 1979, for instance, the newspaper claimed that then president Valery Giscard d'Estaing had previously been given diamonds by the brutal Central African leader Jean-Bedel Bokassa — an affair he denied but that tarnished his second, failed bid for the presidency.

Then in 1981, the weekly revealed that budget minister Maurice Papon played a role in sending hundreds of French Jews to Nazi death camps during World War II.

Papon was later tried and convicted of crimes against humanity, for which he was sentenced to ten years in prison.

And this year, Thierry Lepaon, the head of the powerful CGT union, resigned after the weekly revealed he had run up tens of thousands of euros in expenses to renovate his flat and office.

But the Canard Enchaine now faces stiff competition from investigative news website Mediapart, a relative newcomer that has quickly built up a loyal following.

“Our formula may be vintage and a little unhip, but at the same time it works,” he says.

“We're not saying we will never evolve, but we do it cautiously.” 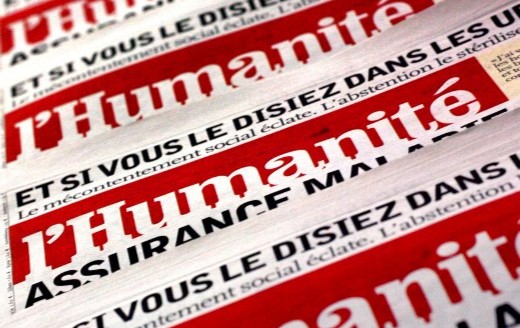