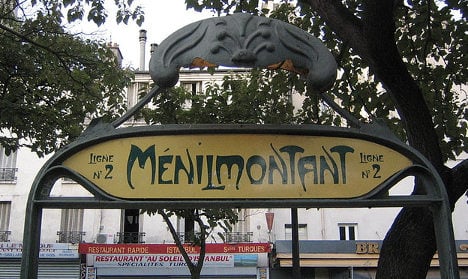 The victim was kidnapped after leaving a bar in the Menilmontant area of Paris. Photo: AFP
Paris police finally had a breakthrough in the case of the gang rape of a young Australian tourist eight years after the crime.
But a bureaucratic gaffe allowed the man they arrested to walk free, and he has now gone on the run, Le Parisien newspaper reported.
The victim was accosted after leaving a bar in the Menilmontant area in November 2007, bundled into a car and taken to a wooded area somewhere near Paris where her three kidnappers raped her.
They then drove her back into Paris and let her go free near the youth hostel where she was staying.
Police were unable to trace any of the three men and the investigation was put on hold.
But in 2013 a crime suspect’s DNA was taken in an unrelated affair and it turned out to match that of one of the rapists.
Police arrested the man and he provided the identity of his alleged accomplices. All three were arrested.
But the first man was for some reason allowed to go free while police continued their investigations, and he has now disappeared, reports say.
Le Parisien said that it is believed he was threatened by associates of the two men he informed on. The pair remain in custody.