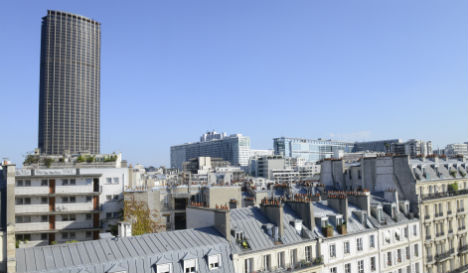 Parisians joke that the best thing about the view from the top of the Montparnasse skyscraper is that you can't see the ugly 1973 office tower itself from there.

But that may be  about to change with plans to transform the site into “a beacon of modernity that will be the pride of Paris.”

The owners of the 59-storey building are due to launch an international architecture competition next year to revamp the brown tower block and the shopping mall at its base with a major makeover that could cost up to €700 million.

“We are aware that the Montparnasse complex is today seen as ugly and tacky. We want to radically transform its image, turn it into a beacon of modernity that will be the pride of Paris,” Patrick Abisseror, president of the Demain Montparnasse group, told the Journal du Dimanche newspaper.

The plan is to have the work completed by 2024 – potentially in time for the Olympic Games, if Paris wins the competition to hold them.

Architect Jean-Marie Duthilleul, who is overseeing the competition for the makeover of the skyscraper, foresees a tower that will be “much softer, white or translucid, and above all reflective.”

Once the project is completed, “one idea is to have a designer to transform one facade of the building twice every year.

“The idea of turning Montparnasse into the Times Square of Paris would then be realised,” he told the Journal du Dimanche.

“It was here (in Montparnasse) the cubism was invented a century ago. We could use that for inspiration and redesign the tower as though it were conceived by Picasso or Fernand Leger,” Duthilleul said.