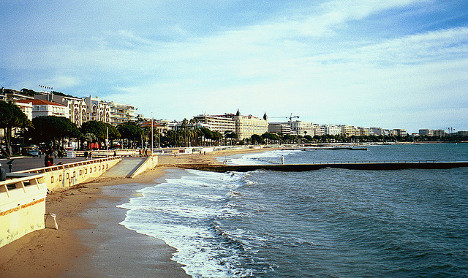 Cannes - one of the unfriendliest cities on the planet. Photo: Chris Yunker/Flickr
It's official. The French Riviera is an unfriendly travel destination.
Well, at least that's according to 200,000 readers of Travel + Leisure magazine, who were quizzed on 266 holiday hotspots around the world and asked to rank the “friendliness of their people”.
In the list of the 30 worst-offending cities, France could lay claim to four – Marseille (4th), Cannes (10th), Nice (22nd), and Lyon (26th).
And even though it's technically not French territory, Monaco's Monte Carlo also deserves a mention after grabbing 28th place on the far from flattering list.
Although on the plus side, for once Paris did not make the list.
But all in all it suggests that the French Riviera and Marseille, which is close by is not exactly the friendliest place to be.
But why?
The magazine noted that many travellers found Marseille to be “quite unkempt and gritty”, yet still “far more laid-back and accommodating than Paris”. As for Cannes, readers noted that its “charm was fading away” and likened it to “an aging beauty”.
Nice was similarly slammed: “The people were not friendly at all,” said one. “I would not pay to go back.” (The Nice coastline. Photo: Uccio D'Agostino/Flickr)
The ten most unfriendly cities in the world
1. Moscow, Russia
2. Atlantic City, USA
3. St Petersberg, Russia
4. Marseille, France
5. Los Angeles, USA
6. New York, USA
7. Philadelphia, USA
8. Baltimore, USA
9. Las Vegas, USA
10. Cannes, France
French cities regularly take a bashing when it comes to unfriendliness ratings. Last year, a similar survey by travel site Condé Nast found that three of the world's top five “unfriendly” cities were in France, with Cannes in second, Paris fourth, and Marseille in fifth.
The Local's readers couldn't agree in the article's comment section whether the “unfriendly” reputation was a myth or a reality.
“The French could not care less about 'service',” wrote one. “It is non-existent. They are arrogant and feel they are doing you a favour.”
Another responded: “Learn just a little polite French and like me you will rarely experience any rude behavior from the locals – often quite the opposite. I often find my American counterparts are some of the most ignorant and rude tourists I have ever seen.”
So is it the tourists who are rude or the locals – what do YOU think? Share your experiences below.