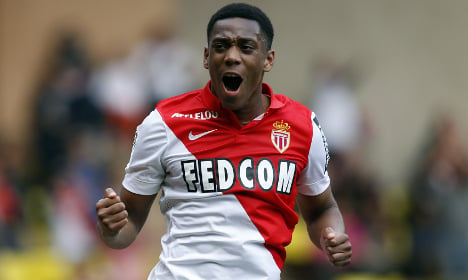 Aviation, pharmaceutical, automobiles, luxury goods – France has a host of export industries where it can claim to be a global player. French companies from L’Oréal to Renault, Dassault to LVMH are known the world over but as club football becomes an increasingly international business, France’s clubs are developing a healthy export trade of their own.

When the English Football summer transfer window slammed shut this week, a total of more than one billion euros had been spent in a little over three months since the end of the 2014/2015 season. Call it a welcome return of confidence to the UK economy, the result of UEFA’s fair play rules being flouted by all or simply clubs with more money than sense, it cannot be ignored that France’s football clubs are doing rather well out of it.

A quick back of an envelope calculation reveals that over €200 million of that money headed to French clubs. In these times of eight figure transfer fees, that might not seem like a great deal, but it reveals some very interesting findings about how the riches of the English Premier League are having a positive impact here in France.

Firstly where does all the Premier League money come from? There is a new UK domestic TV deal on the table which will bring in more than €7 billion over three years from 2016 to 2017.

With soon to be confirmed international deals set to add another four billion to that figure for the same period, the club finishing last in the Premier League will gain more in television revenue than the club winning Ligue 1 in France. The Premier League’s revenue will be in the highest echelons of sport alongside the NFL and the NBA, and far in excess of any other in European football.

Against this backdrop of €11 billion, the €200 million spent with French clubs may seem like a drop in the ocean, but it is worth looking a little more closely at the realities of professional football in France. According to figures from Ernst & Young in 2013, France’s 44 professional football clubs had a combined turnover of just €1.5 billion, however Paris St Germain made up €400 million of that. (Olivier Giroud, seen here without his Arsenal shirt, was another export from the French league to the English football.)

Without the increase which Qatar’s investment in PSG has brought to the French game, the overall turnover of the other French clubs has actually decreased in recent years.

The current domestic TV deal in France is worth less than the previous one, and revenues from sponsorship and merchandise have suffered as the financial crisis hit hard across France.

So where do these €200 million go? Firstly, putting the transfer of Anthony Martial to one side (which could be worth anywhere from €50 million to €80 million depending on who you believe) €150 million were spent on some 25 players from 18 different French clubs. It is not simply the case that a few star players are being moved around from one club to another for crazy amounts of money, but rather consistent sums of money being shared out across the French game.

A study by the French professional footballers union estimated that in 2013 some 26 000 jobs in France depend directly upon the 44 professional clubs, and that the total turnover of French clubs should be multiplied by four to get a full idea of the impact of these clubs on their local economies.

Suddenly €200 million becomes €800 million, and much of this invested in regional clubs right across France, not just in Paris. As foreign investments go this is right up there with the biggest, and it is not a one-time thing. This pattern is set to continue.

So what about the impact on French football clubs of all these players leaving? Isn’t this killing the French game? Looking at the list of transfers this summer, approximately one quarter are products of the French league’s coaching system, and the remainder learned their trade ”abroad”. The majority were brought in relatively recently from “lesser” leagues, especially from Africa where French teams have superior scouting networks. The French clubs have become very adept in identifying the types of players which will in a few short years pay off with lucrative sell-ons to the Premier League. Meanwhile French clubs use this cash bonus to invest in more grassroots schemes and their own development programs.   Attendance figures for French professional teams have increased in recent years, and TV viewing figures are good. Far from killing French football, all this English money could be said to be sustaining it.

It is, to my mind, simply capitalism at work and proof that France has nothing to fear from market forces. Left to their own devices, French football clubs are embracing globalization to their own advantage. They have become skilled in exploiting the riches on the other side of The Channel, and are using the largesse of English clubs to contribute to the long term future of the beautiful game in France.

That the money in the Premier League comes largely from British consumers willing to pay more for their TV subscriptions merely adds to the wonderful symmetry of it all: French grassroots sport paid for by the British armchair fan. There is something to be celebrated about how the Premier League’s largesse can be France’s gain. Vive l’entente cordiale!

Martin Dixon is a Director of the FBCCI and an armchair football fan, writing in a personal capacity. His views do not reflect those of the FBCCI or any other organization with whom he is connected professionally.

To read the original version of this blog CLICK HERE.