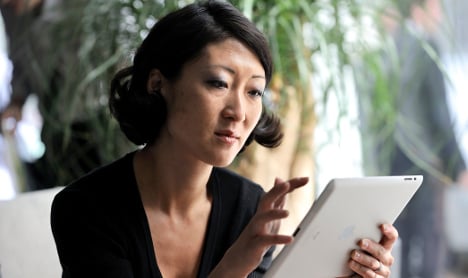 French Culture Minister Fleur Pellerin will declare “in the coming days” whether France will extend its tax on TVs to internet boxes.

The minister has been tasked with modernising the one-off TV tax known as “redevance telé”, which is paid each year by most households with a TV.

The government have cottoned to the fact that TVs are going out of fashion as more and more people turn watch the box through the internet on a computer.

While Pellerin has ruled out taxing smartphones and tablets she revealed the government is seriously considering levying a charge on those with internet boxes as the fairest way to raise funds.

“It’s an option that’s on the table, the Prime Minister and the President will take a decision in the coming days,” the minister told France Info.

“At the demand of the president I have studied ways to modernise the “redevance”, without extending it to smartphones and tablets, by looking at the new ways watching TV and acknowledging that much of this consumption now goes through the internet box,” said Pellerin.

The culture minister said that Hollande wants the financing of the public audio-visual sector to be independent, meaning funds must come from the TV tax rather than through separate grants.