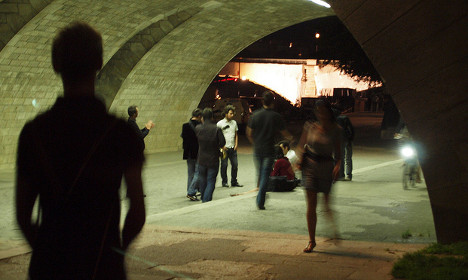 The 'Devil's Breath', drug has a mythical reputation in Colombia. File photo: zoenet/Flickr

The woman with Chinese nationality were arrested near the Goncourt metro station in the capital’s 10th arrondissement on suspicion of having made dozens of Asian victims inhale the substance before robbing them, Le Parisien newspaper reports.

A search of their apartment revealed Chinese herbs, a set of scales, gloves and filters, a police source told the paper.

A third person was later arrested on suspicion of preparing the drug.

The substance used in the Paris attacks is yet to be determined but evidence the women had recently travelled to Mexico has given rise to suspicions that the women were using something like the 'Devil's Breath’ drug found in Colombia. That substance contains scopolamine, a toxin found in plants of the Datura genus found in the South American country.

Scopolamine is odourless and tasteless and is used in small quantities to treat travel sickness and post-surgical nausea and vomiting.

In larger quantities, however, it can bring on drowsiness and hallucinations.

It is also an active ingredient in Devil's Breath, a drug which has a mythical reputation in Colombia where it is said to be able to turn people into ‘zombies’ leaving them without free will. Stories abound of people handing over their life savings while in a drug-induced daze, or being repeatedly raped after being administered the substance.

Scopolamine, also a powerful antidepressant, was tested as a truth serum in the early 20th century but side effects were found to be too severe.