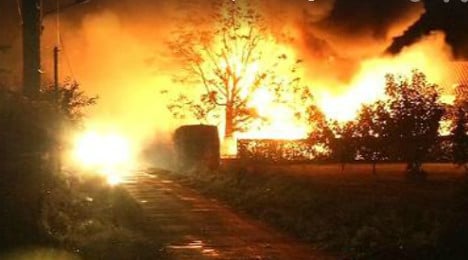 A gas tank explodes near Montauban after being struck by a falling tree. Photo: Screengrab BFMTV
In all around one quarter of the country had been placed on Orange alert with residents told to be vigilant.

By Tuesday morning the warnings had been lifted but not before the violent weather had claimed the life of a 29-year-old driver who was killed by a falling tree.

The young woman was killed near the town of Montbeton in the Tarn-et-Garonne department in the south west France when a tree fell on her car during a storm that saw the gales of over 100km/h. (The scene of the tragic accident that saw a young driver killed by a falling tree. Photo: BFMTV)

In another freak incident a Bulgarian lorry driver was killed in the Charente départment when he struck by lightning.

According to reports he stepped out of his truck at around 8pm near the town of Nonaville wearing nothing on his feet and was hit by a bolt of lightning. Paramedics were unable to resuscitate him.

Another driver was fighting for his life after in a similar incident in the town of Castelsarrazain in the same area. In all there were reports that seven members of the public had been injured, five of them of them seriously.

In nearby Montauban there were dramatic images when a tree crashed down onto a tank storing of 5,000 litres of gas (see photo above).

The mayor of the town took the step of ordering all primary schools to remain closed on Tuesday, the first day of the new term, until all safety checks had been carried out on buildings.

Secondary schools would only open if they were deemed safe by the headteachers.

There were also reports of two trains being stuck with scores of passengers on board, including a TGV blocked for eight hours in Montauban and Toulouse airport had to be closed.

Firefighters in the Tarn-et-Garonne said they were called out over 200 times.

Elsewhere a lightning strike on a house prompted a massive fire in the Gers department and firefighters were called out to clear fallen trees and flooded basements across the area.

Falling electricity pylons meant that in all around 70,000 homes across the south west were hit by power cuts overnight. 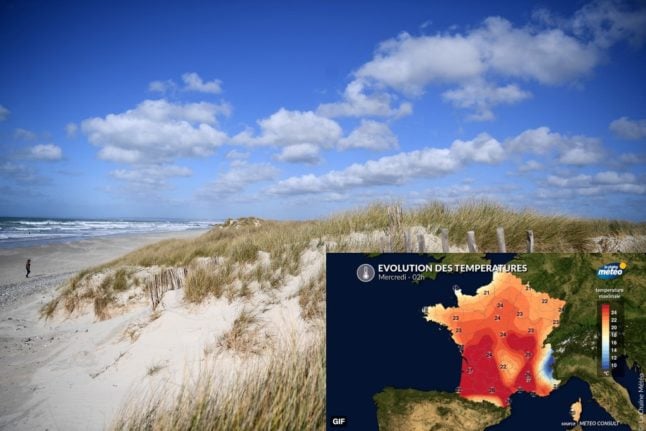 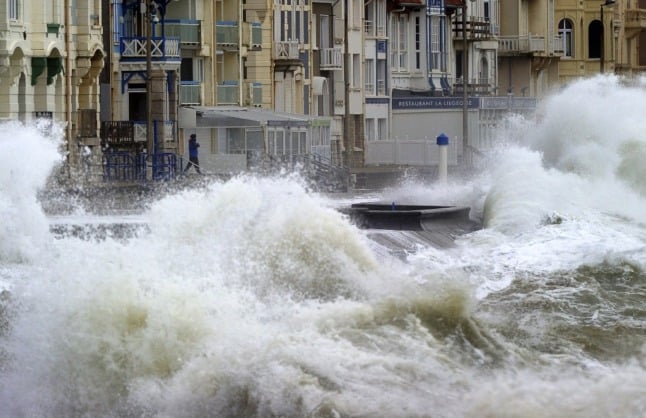 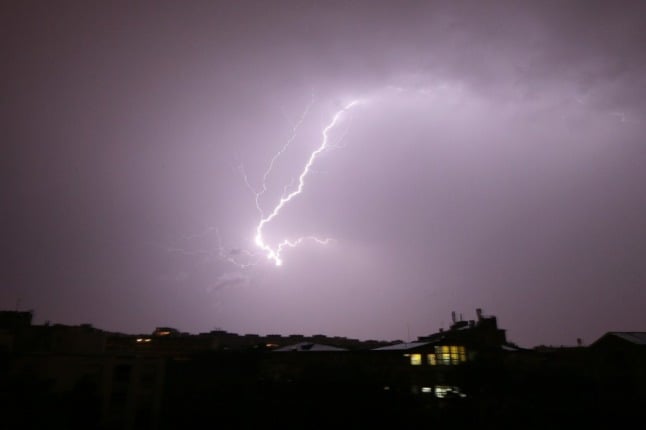 A photo taken on June 10, 2014 shows a lightning strike during a thunderstorm over the city of Paris. Photo: JACQUES DEMARTHON / AFP
Three departments in the north of the country were placed on orange alert for storms in the lunchtime bulletin from national forecaster Météo-France, as the storm system that hit Paris earlier Friday moves north.
Residents in Nord, Pas-de-Calais and  the Aisne were warned to expect strong electrical storms, with hail, strong winds and the possibility of localised flash flooding, with up to 60mm of rain forecast in some areas in just an hour.

Residents in the areas are advised to seek shelter indoors and stay away from rivers or trees during a storm. And forecasters have warned that, after a few days of rising temperatures, storms are expected throughout the day on Friday.

Residents in the capital will be well aware of the conditions as storms hit early this morning as the system spread west.

And day very quickly turned to night as the conditions continued into rush hour.

A quarter of an hour was all it took for the deluge in several communes across the Seine-et-Marne department, flooding 90 houses in the 800-population village of Thieux on Wednesday.

Twenty-four hours later, residents – who had spent the day cleaning up – were forced to evacuate again, as the storms returned.

The nearby communes of Messy, Gressy, Villeroy and Cherny were also hit as the storms battered large parts of the country.

This afternoon, heavy thunderstorms will extend from the Paris Basin towards Hauts-de-France, Champagne-Ardenne and Lorraine.

Further south, storms will develop in the Pyrenees and spread deeper into the Occitanie. The weather will also become very unstable from Limousin to Auvergne with sometimes strong thunderstorms.

Overnight, powerful storms are forecast to hit Occitanie and Auvergne, while a few thunderstorms will still affect the regions north of the Seine, mainly between Hauts-de-France and Lorraine. 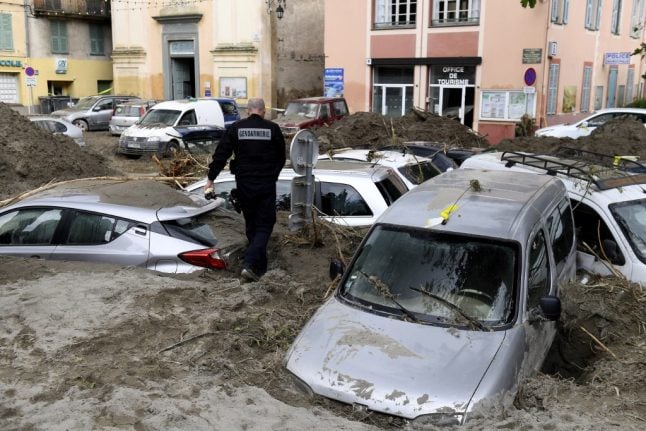