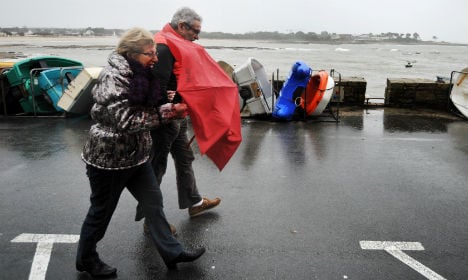 As many as 25 départements in the south west and centre of France were placed on Orange alert  on Monday as violent storms spread across the country.

The alerts – the second highest warning system, which asks residents to be vigilant – were originally in place for 11 départements in the south west, but Météo France increased the number of warnings to include swathes of central France including Burgundy. (SEE MAP BELOW)

The storms are forecast due to an extreme weather system crosses into France over the Pyrénnées from Spain.

The violent storms could see 30mm to 40mm of rainfall in less than an hour as well as hailstorms and gales up to 90km/h.