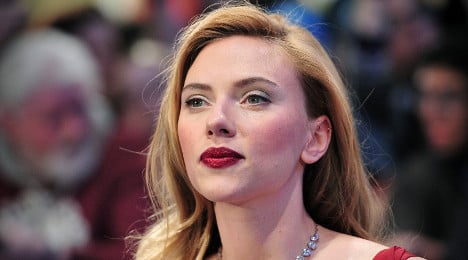 The decision to republish comes one year after Delacourt was ordered to pay the star €2,500 ($3400) for his depiction of her in the novel. Photo: AFP

Gregoire Delacourt’s 2013 novel “The First Thing We Look At” features a female character who appears to be Scarlett Johansson when she turns up on the doorstep of a garage mechanic who resembles Ryan Gosling.

The woman, whose looks mean men see her as a sex object and the character is involved in a series of amourous relationships, turns out to be an imposter.

Despite the star’s furious reaction to the novel, the book is set to be published in the UK on September 10th by the publisher Weidenfeld & Nicolson, which has been careful not to refer to the actress by name in its publicity material, The Independent reported.

The decision to republish comes one year after Delacourt was ordered to pay the star €2,500 ($3400) for his “hurtful and demeaning” depiction of a female lookalike in the novel. The actress had originally sought €50,000 ($70,000) in compensation.

“For Scarlett Johansson, the fact that she is attributed two relationships that she never mentioned herself is hurtful and demeaning,” the court said at the time.

Speaking when the actress launched the case in May, defence lawyer Anne Veil said if Delacourt had known Johansson would have “kicked up such a racket, he would have chosen someone else”.

The actress also sought an injunction to stop the novel being translated or adapted for cinema, which was thrown out by the court.