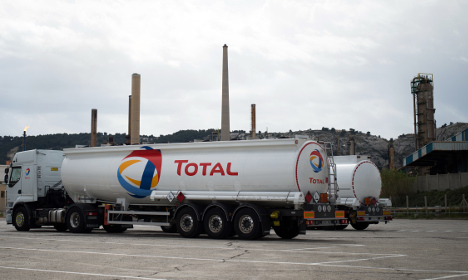 The sale is part of Total's effort to sell $10 billion worth of assets between 2015 and 2017, along with reducing new investment and cutting production costs, to compensate for sagging income as oil prices have dropped to their lowest levels since 2009.

The deal announced Thursday follows on the heels of Total's sale last month of stakes in three North Sea gas fields for $873 million, and brings total divestments for the year to $3.5 billion.

“The sale of these midstream transportation assets is another example of Total's strategy of active portfolio management and the strong potential to unlock value from a range of infrastructure assets,” Total's chief financial officer Patrick de La Chevardiere said in a statement.

“Transferring ownership to an entity specialising in midstream UK assets creates value for us and ensures a long and bright future for the facilities.”

In recent months, Total has also sold stakes in a refinery in Germany for $300 million and its South Africa coal affiliate for $372 million.