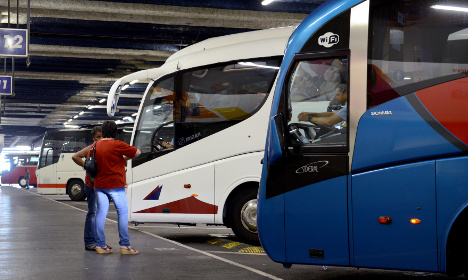 From September 1st all coaches in France will be fitted out with alcohol-activated immobilisers (éthylotest antidémarrage, EAD) that drivers must blow into in order to start their vehicle, France TV Info has reported.

If the driver is found to have a blood alcohol level over 0.2g per litre of blood then the engine will not start.

Road safety campaigners have been calling for the measure to be introduced for several years.

Until now, the system has only been installed in new vehicles transporting children in France since it was introduced in 2010.

The new measure will only apply to coaches in France and will not concern buses, foreign coaches and trucks.

“It’s a measure that would have real effects,” Pierre Chasseray, from the association 40 million Motorists, told AFP.

The number of road deaths in France increased by 3.5 percent in 2014 and by 3.8 percent this year, with around 30 percent of the deaths attributed to alcohol.

The move comes as the country’s coaching industry is taking off, as the government finally lifts rules that for decades have protected the state-run SNCF rail company from competition.

Several coach companies are already cashing in on the new rules, as shown in a new map featuring all the 250 new routes across France and into Germany, Amsterdam, Spain and Brussels, produced by the travel price comparison website GoEuro.

According to the GoEuro, the deregulation of the market will see a ten to 70 percent drop in ticket prices over the next year as more operators cash in on the changes.

The move is expected to bring in over 5 million new coach passengers within the next year, resulting in an extra 22,000 jobs created.