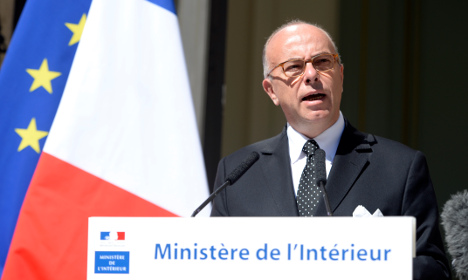 The meeting “will… look at very concrete proposals,” French Interior Minister Bernard Cazeneuve said, just hours after a Moroccan gunman was charged over the attack.

Ayoub El Khazzani boarded a high-speed train in Brussels Friday armed with a Kalashnikov assault rifle and 270 rounds of ammunition, as well as a Luger pistol, a bottle of petrol and a box-cutter.

The 25-year-old walked out of a toilet cubicle with his weapons but was stopped in his tracks by two young American off-duty servicemen, their friend and a 62-year-old British consultant, who have since been given France's top honour, the Legion d'Honneur.

The meeting will gather together ministers from Germany, Britain, Italy, Spain, Belgium, Luxembourg, the Netherlands and Switzerland, as well as France.

“Can we implement simultaneous and coordinated checks in EU countries?,” Cazeneuve said.

“We must examine whether we can implement a system that allows for more systematic checks in airports, in public transport, in a more coordinated way.”