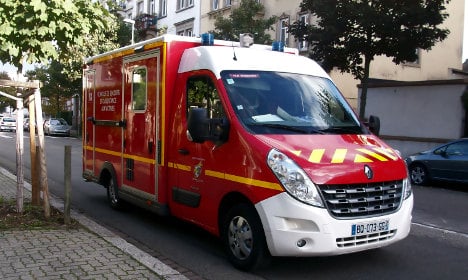 The vehicle was found 12 hours later on Tuesday morning by the police station in Nancy. Photo: Kevin. B/Wikicommons

The ambulance was stolen on Monday evening in the French town of Magnières while the fire fighters were offering assistance to a 60-year-old woman with breathing difficulties, L’Est Républicain reported.

The vehicle was found 12 hours later on Tuesday morning by the police station in Saint-Max, on the outskirts of the city of Nancy, around 55 kilometres from where it was stolen.

“A team left to rescue a person. For a few moments, the vehicle was out of sight of our men and it was stolen,” a spokesperson for the fire brigade was quoted as saying, adding that such an incident is “extremely rare”.

The fire fighters then had to appeal to a neighbouring company in Baccarat to transport the victim to hospital.

“She did not suffer during the incident, she is fine,” the spokesperson said.

“An assessment is underway. We do not yet know if it has been damaged or if any material has been stolen,” the spokesperson added.