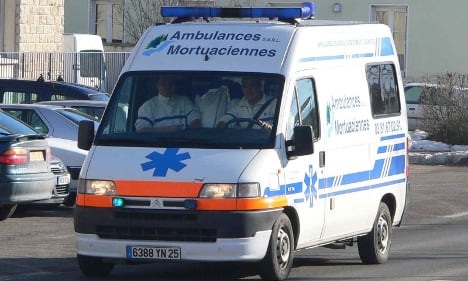 The man was pronounced dead at the scene by paramedics. File photo of a French ambulance: Rama/Wikicommons

The body of the farmer was discovered by his family in a manure pit on his farm in the town of Cubelles at around 11am on Tuesday morning after they lost sight of him on the farm.

The 61-year-old is believed to have fallen in accidentally, according to Le Progrès.

Emergency services were quick to arrive at the scene but could not revive the man, who was already dead.

It’s not the first time a French farmer has died in such unfortunate circumstances in the region.

Last summer, a 62-year-old farmer in the nearby town of Saint-Jean-de-Nay also died after falling into a manure pit.

According to the paper, a problem with his tractor caused him to fall into the pit. It took neighbours and rescuers hours to empty the pit and pull out his body.