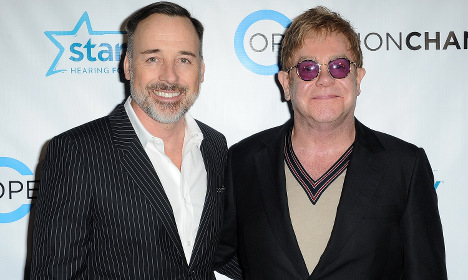 “Sir Elton John and David Furnish… have instructed my office to pursue through the justice system the violation of the right to respect for their private life due to the publishing by Closermag.fr, TeleStar.fr and VSD of unfounded rumours about their health,” Vincent Toledano said in a statement.

John and his husband “will no longer tolerate the violation of their privacy and the exploitation of their renown and their image for commercial ends in France,” the lawyer added.

He told AFP the action against the two websites and the magazine would be issued Monday at a court in Nanterre in the Paris suburbs. The couple spent time this summer on the Cote d'Azur in the southeast of France.