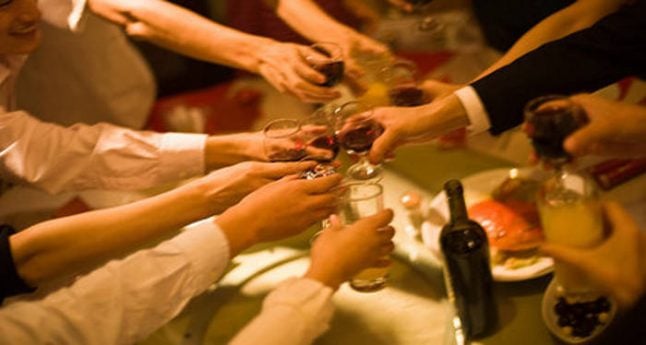 The French are boozing less but opting for higher quality alcohol. Photo: Shutterstock

Is there a country that can boast a greater array of alcoholic tipples than France?

Whether it’s Bordeaux wine, Champagne from Champagne, Normandy cider, beers and spirits from Cognac to Cointreau, France has a bulging drinks cabinet.

But the locals it seems are drinking less and less, according to an industry survey published this week.

Indeed the level of consumption of alcoholic drinks has fallen over a lengthy period.

“In six years the French have reduced their annual purchases of alcoholic drinks by 2.3 litres per person to the level of 73.2 litres per year in 2014,” read the survey by Enterprise and Prevention.

But that doesn’t mean the French are saving those pennies and spending them elsewhere. They survey revealed that the priority of quality over quantity is taking hold.

“Over a few years the trend has been confirmed: The French are paying more attention to the health. They put emphasis on the quality over quantity and no longer drink everyday, whether its wine, spirits or beer and they do so more in an occasional way, whether it’s festive or convivial,” said Alexis Capitant the head of Enterprise and Prevention.

A recent Ifop poll backs this up with only 12 percent of those surveyed saying they drink everyday compared to 15 percent in 2010.

The trend has been noticed particularly when it comes to beer with consumers preferring speciality beers over the run of the mill lager or “blonde” as it’s called in France.

The figures also revealed the French are drinking less wine than they used to and they are also drinking less in cafes, bars and restaurants.

Nevertheless the figures that show an overall drop in alcohol consumption should not hide another change in French drinking habits – that of binge-drinking among young people, which has taken hold in recent years.

A survey by French health agency INVS earlier this summer revealed that alcohol was the cause of 49,000 premature deaths in France last year and was responsible for 580,000 hospital admissions.

Earlier this year France’s Health Minister Marisol Touraine said the country had to take a leaf out of the UK’s book and place more emphasis on preventative health care.