The mayor of Calais has outlined plans to create duty-free stores throughout the town to take advantage of Brexit - but there are actually lots of reasons to visit this lovely northern French town apart from cheap booze and fags.

When Calais hits the headlines it's usually for negative reasons – border delays, strikes and migrant camps.
Its latest foray into the news is not entirely negative, town mayor Natacha Bouchart wants to take advantage of post-Brexit tax rules and is planning a new duty-free store to open in the port by October.
She also wants to go further and allow duty free outlets across the city to benefit from the crowds of people travelling through each day.
“It would let clients take advantage of tax-free sales immediately, while also giving a boost to the entire area,” Mayor Natacha Bouchart told AFP on Tuesday.
On the other side of the coin, new customs limits mean an end to the British tradition of the 'booze-cruise' which Calais wine outlets have benefited from.
READ ALSO Booze cruise: The new limits on alcohol and cigarettes when travelling into the UK
But Calais has a lot more to offer than its huge warehouses of alcohol and cigarettes and the historic town is well worth a day trip or even a longer stay.
And unlike in Paris, visitor information across the city is all in English as well as French. 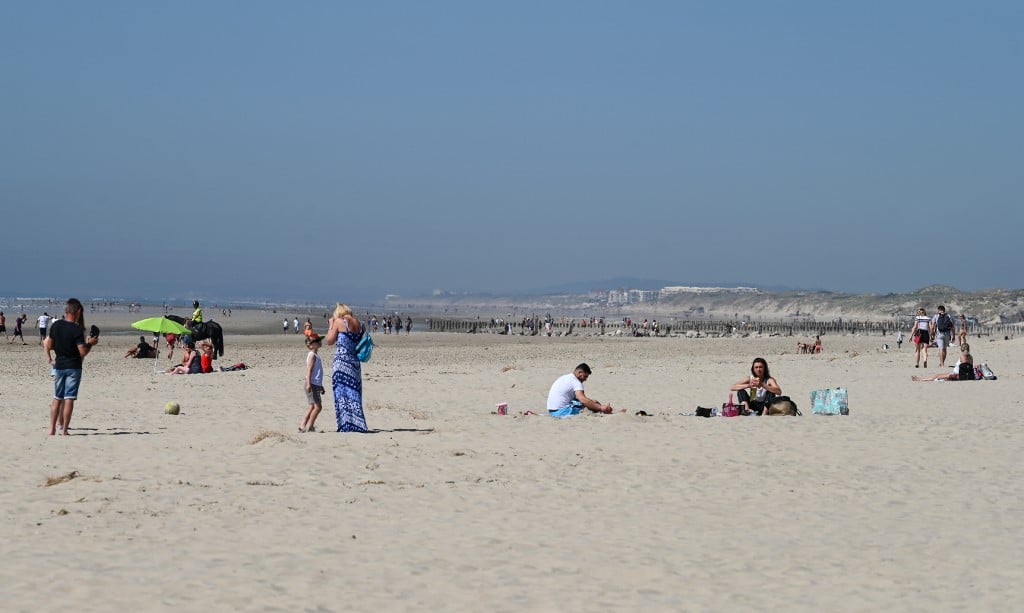 1. The Lace Museum
Did you know that Calais is famous for its lace? Indeed, Calais lace is a sight to behold itself, and the International Centre of Lace and Fashion was by far one of the most oft-repeated sights in town that people recommended.
There are temporary exhibitions all year, plus fascinating insights into an industry that the town has specialised in since the 19th century, as well as exhibits telling the story of fashion and lingerie more generally.  Like all museums in France, this is currently closed due to Covid rules. Find out more here.
2. The beach
An elderly worker in the local tourist office said that this is one of the best family beaches you can find in the whole of France. “I've been going there since I was a child,” he said.
And he's not alone. This five-kilometre stretch of sand is a popular spot to hang out and tourists could do worse than popping down for a couple of hours before getting on the ferry. 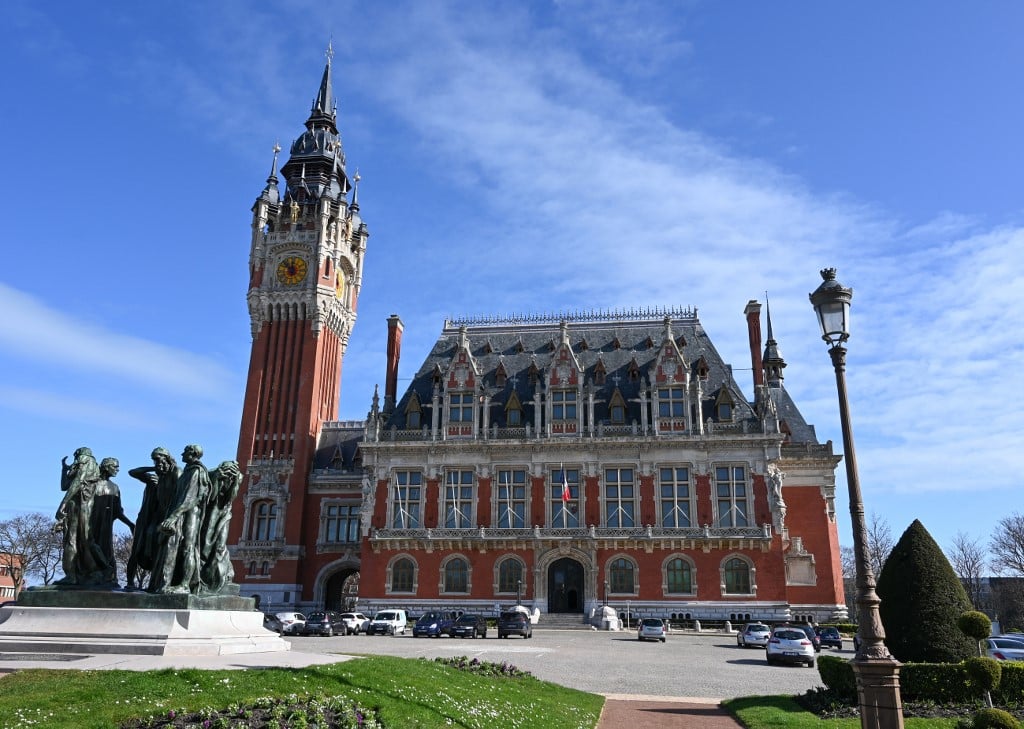 3. The Town Hall and its belfry
The architectural pearl of the city of Calais is by far the stunning Town Hall. Good luck finding an angle to capture its beauty on camera – it's just so big.
The building is a mix of Neo-Renaissance and Flemish styles, and was constructed from 1911.

If you're not afraid of heights, take the lift up 78 metres to the top of the Belfry for panoramic and unspoiled views of Calais.
Tourist Helen Jeffrey from the UK told The Local: “The view is stunning up there. On a good day you can see the whole of Calais – it's absolutely beautiful”.
Fun fact: Charles De Gaulle was married in the building's wedding hall back in 1921 in a civil ceremony. 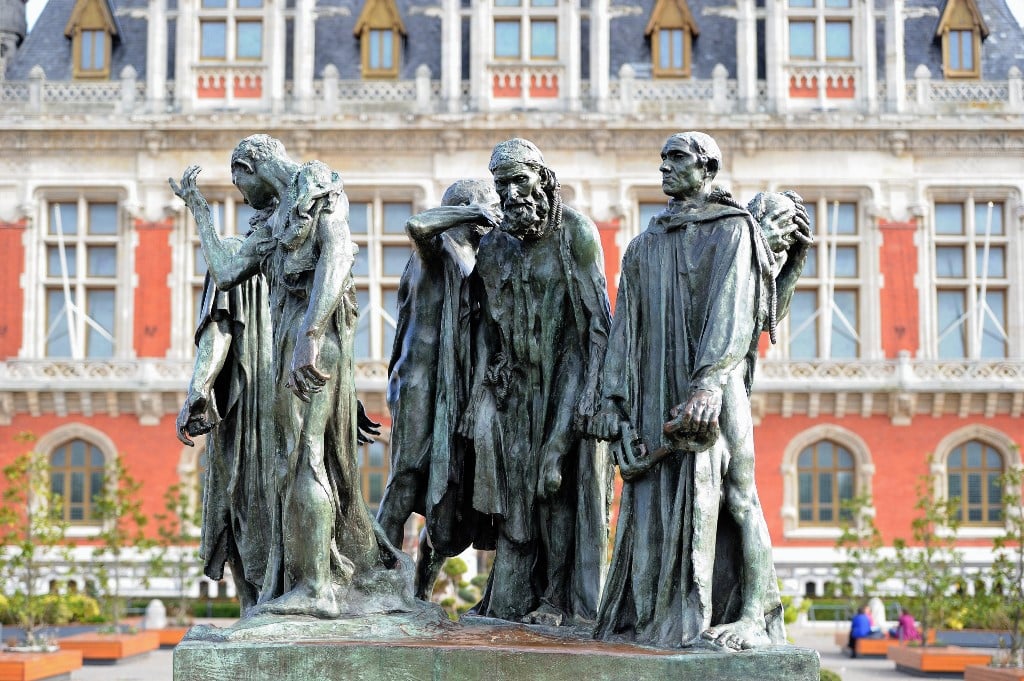 4. Rodin sculpture
Situated in front of the town hall is a sculpture by one of France's best known artists, Auguste Rodin, which commemorates a key moment in the history of Calais.
Les Bourgeois de Calais (the Burghers of Calais) commemorates six exceptionally brave men of the city who in 1347 offered themselves as hostages to the English, who were besieging the city, in order to spare the townspeople from a massacre. In the event their lives were spared by the English king Edward III after the intervention of his wife Philippa of Hainault.
The slightly larger than lifesize sculpture shows the six men, simply dressed and with nooses around their necks, walking out to their fate.
5. Notre Dame Church
This is the biggest and the oldest church in the city, and is hidden away from the town centre in a quiet part of town near the port. It was also the scene for Charles De Gaulle's religious wedding to Yvonne Vendroux almost 100 years ago.
The building dates back to the 13th century, and its architecture is strongly influenced by the English occupation in the middle of the 13th century. Entry is free. 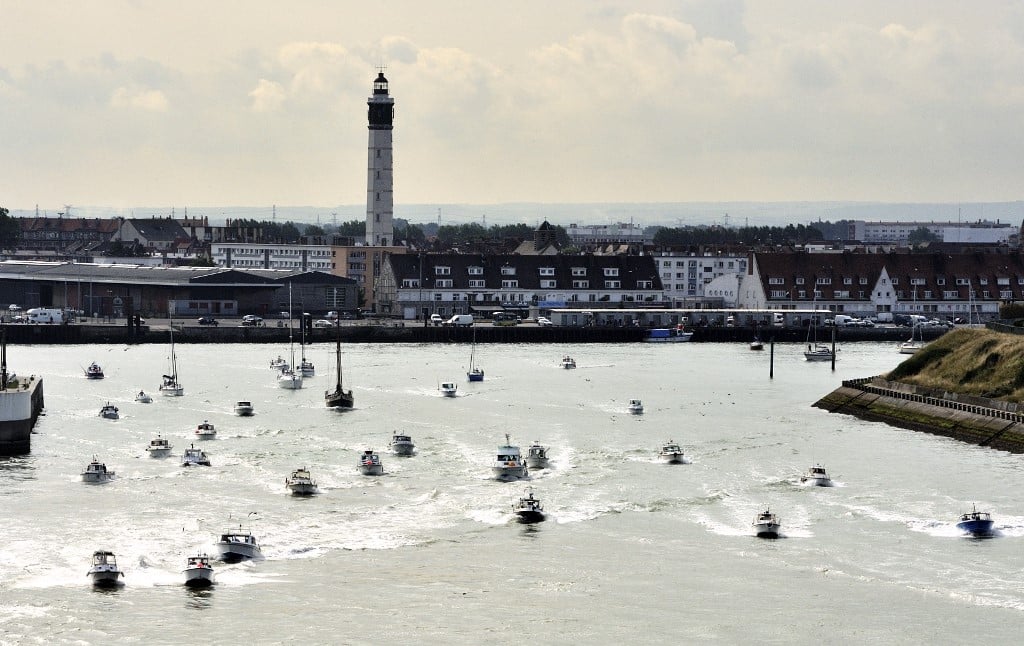 6. Lighthouse
Perhaps the next best view of the city and its port is from the lighthouse. Check out the free museum at the bottom, then get ready for 271 steps for to the top for an excellent lookout.
The lighthouse, which was built back in 1848, managed to escape any damage in the two world wars, and still stands as an imposing and brilliant lookout over the edge of the city.
Honourable mentions
The Richelieu park in the centre of town for a picnic break, the World War II museum with an inside look at the German takeover in 1940, and the watchtower which looms over the central streets and was once used to spot enemy's approaching from the coast.
Day Trips from Calais
Within striking distance of Calais are two Unesco World Heritage sites that are well worth checking out.
Belfries of Northern France – Unesco gave the nod collectively to these 23 bell towers in northern France (including Calais City Hall) and one in Belgium in 1999 because they are such fine representations of the eras in which they were built.
Built from the 11th to 17th centuries they also demonstrate a shift away from walled cities and towards more open urban planning.
A full list of the belfries can be viewed here, but most of them are within a short drive of Calais.
Nord-Pas de Calais coal mining area – These 109 individual protected parts in northern France include slag heaps – some over 140 metres high – mining pits and coal company infrastructure that were used over 300 years to pull coal from the ground. Unesco extended heritage status to the site in 2012 in part to document the workers’ conditions and the labour rights movement it laid the groundwork for.
Boulogne-sur-Mer
If you fancy staying somewhere the different, the pretty little town of Boulogne-sur-Mer is just a 30-minute drive along the coast from Calais. It boasts an attractive Medieval town centre and, during non-corona times, a lively bar and restaurant scene.