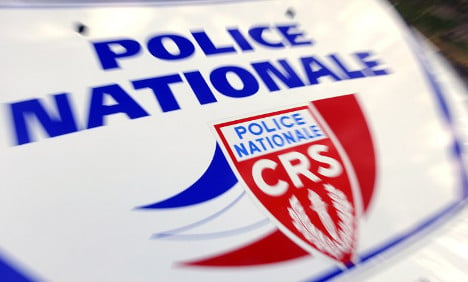 There are 33 sexual assaults reported to French police each day. Photo: AFP
Every forty minutes in France, an act of sexual assault or rape (viol in French) is reported to police, new figures reveal.
The statistics, gathered by the ONDRP observatory and published on Tuesday by Le Figaro newspaper, show that there were 12,700 sexual assaults reported in France in 2014 – a leap of 18 percent since a similar survey in 2010.
Reports of sexual assault against minors, meanwhile, have risen more than 20 percent (from 5,751 to 6,936) in the same period.
In Paris alone, there were a total of 600 reported sexual assaults and rapes last year. Other areas of the country that had high numbers of sexual assault reports included Sarthe, Yonne, Orne and Loiret – all in central France.
The paper noted that this meant there were 33 sexual assaults reported in France each day.
It stressed that the statistics only dealt with the assaults that were reported to police and shared with prosecutors.
In fact, the director of the National observatory of crime and criminal liability (ONDRP), Christophe Soullez, said that these statistics represented nothing more than the “tip of the iceberg”.
“This is a considerable grey zone,” he told the paper. “These reports represent only around 10 percent of the total rapes.”
That view was backed up by Clair Serrecombe, spokeswoman for women's rights group Osez le Feminisme, who told The Local that other surveys suggest there are as many as 75,000 rapes and sexual assaults each year.
That would equate to just over 200 each day.
“The only positive thing that these stats show is that more women than before are coming forward to police to report sexual assault,” Serrecombe said.
“But given the extent of the problem there is a real lack of willingness on the part of public powers to lead a real campaign to tackle rape,” she said.
SEE ALSO: France unveils plan to cut sexual assault One of the major issues in France is that although rape is a crime and should therefore be tried through a crown court (Cour d'Assises) many victims are advised to go through the “Correctional court” where more minor offences (délits) are judged.
“The crown courts are overrun and the process can be long and drawn out for the victims. The justice system needs reforming urgently,” said Serrecombe.
Offences being tried in “correctional courts” effectively means accusations of rape are reduced to “sexual assaults” and that the perpetrators can escape with lesser sentences.
But despite the issues with the justice system Serrecombe says the real problem lies with the general attitude in France towards the crime of rape.
“Rape is shameful, but at the moment the shame in France lies more with the victim than the attacker,” she said. “The knock-on effect is that many rapes, 90 percent of which are carried out by someone known the victim, are not reported to police.”
“But rape destroys the lives of women. It has long-term psychological impact. There needs to be a real campaign to highlight this.”
Another issue that needs to be solved, Serrecombe said, is the way police treat rape victims.
“A woman who reports a rape to police is asked 'had you been drinking' and is told 'oh so you know the victim',” she says. “This makes them feel responsible for what happened.”
France's definition of “rape” (viol) varies from some other western countries, with the penal code stating that it is an assault that includes “any act of sexual penetration” against the victim's will.
In the UK, for example, the definition of rape is slightly more specific and a man is guilty of the crime if he sexually penetrates a woman using his penis.