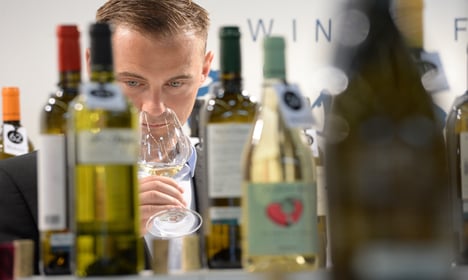 Forty of the world's 50 most expensive wines are Burgundies. Photo: Jean-Pierre Muller/AFP

It was created by Henri Jayer, a winemaker widely considered a visionary in the business who died in 2006 at the age of 84.

WineSearcher, founded in London in 1999, released its annual list this month of the 50 most expensive wines in the world based on prices collected from nearly 55,000 wine merchants.

The analysis concerned more than seven million wines of all vintages, taking an average per bottle.

Burgundies occupy the top three spots on the list, and 40 of the 50.

In fact, it is another Henri Jayer wine, his Cros-Parantoux, Vosne-Romanee

Bordeaux, for all its prestige, has only two items on the list, both Pomerols: the Petrus and a Le Pin.

The only other non-French wine is Californian vintner Stanley Kroenke's Screaming Eagle Cabernet Sauvignon, coming in at 14th place and which will set connoisseurs back $2,884 (€2,630).