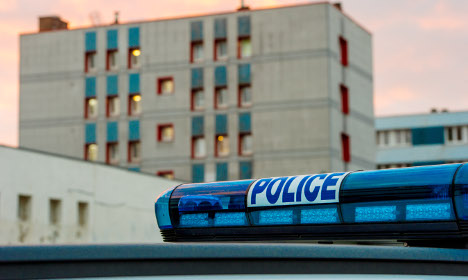 Suspects reportedly planned to dissolve the victim's body in acid. Photo: AFP
The dismembered body of 23-year-old Eva Bourseau was found on Monday in a plastic container inside her Toulouse flat.
Her legs had reportedly been cut off in order to fit her body inside the container.
The woman's body was in the “advanced stages of decomposition”, a police source told the AFP news agency at the time, adding that it had likely been there for around ten days.
A woman and three men, all between the ages of 19 and 23 and all with a criminal record, have since been arrested in connection with the murder, and by Friday a prosecutor revealed some of the grisly details.
Two men in the group went to the woman's house to settle a €6,000 drug debt. There, they beat her violently, killing her through a blow to the skull. The prosecutor said they later bought acid in order to dissolve her body.
The prosecutor explained that the suspects had been inspired by a US TV show Breaking Bad, where the lead characters use Hydrofluoric acid – a highly corrosive acid – to dissolve the bodies of their victims.
The young men had repeatedly visited the apartment in the days following the woman's murder in order to clean the scene, to steal from the home, and to check up on the decomposition of the body. The men had reportedly left air fresheners in the flat to disguise the smell.
The investigation continues.
Url copied to clipboard!