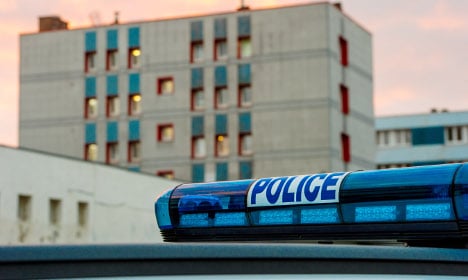 Police remained on the scene on Tuesday afternoon. Photo: AFP
Firefighters made the gruesome discovery inside an apartment in the middle of the city of Toulouse, southern France.
They had been called to the scene on Monday night by a friend and the mother of the woman who lived in the apartment. They had not seen the 23-year-old for two weeks, reported Le Figaro newspaper.
Finding the apartment door locked, firefighters climbed through a skylight to get inside, and were met with a strong stench. They soon found a woman's body inside a plastic container.
French media reported that someone had cut off the legs of the victim in order to fit her body inside the trunk.
The woman's body was in the “advanced stages of decomposition”, a police source told the AFP news agency, adding that it had likely been there for around ten days.
It is yet to be confirmed whether the body belongs to the missing tenant of the home, with a neighbour telling the newspaper that the body didn't appear to match that of the tenant.
Further details remain unclear, and police have launched an investigation while an autopsy is being carried out.

The apartment was still cordoned off on Tuesday afternoon.
Url copied to clipboard!