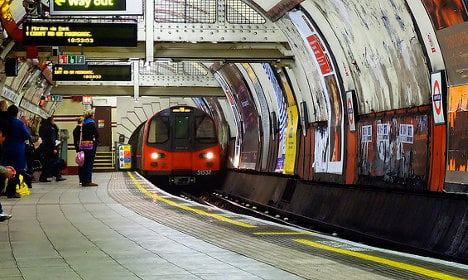 The London underground is set to get some major improvements. Photo: Nico Hogg/Flickr
“This next major phase of the Underground's modernisation will bring faster, more frequent and more reliable journeys to millions of passengers who use the Circle, District, Metropolitan and Hammersmith & City lines,” Thales and Transport for London said in a joint statement.
The lines crossing central London are the oldest in the system begun in 1863 which today carries around 1.3 million passengers a day.
Work will begin this year and is set for completion in 2023, it said.
“The frequency of trains running during peak periods will increase to 32 trains per hour in central London – a train every two minutes — with
frequency increases at other times as well,” the statement said.
The contract will create or preserve up to 1,100 jobs and 60 apprenticeships in London and elsewhere in Britain, it said.
“These improvements will boost capacity by an average of a third on the four lines and is vital in order to support London's growing population, which is expected to increase from 8.6 million today to 10 million by 2030,” the statement said.
Once these four lines are upgraded, London Underground will turn to the Piccadilly, Central, Bakerloo and Waterloo & City lines, where it will lay new tracks and install new signalling systems.
Thales' transport operations shot up 88 percent in the first half of the year with orders totalling €1.197 billion, compared with €637 million in the same period of 2014.
The group's overall order book totalled €6.224 billion, up 19 percent for the period.