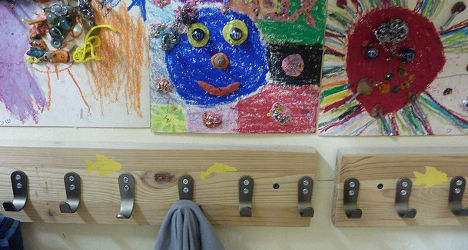 Speaking after the incident, officials in troubled Melun described the scene as an "apocalyptic landscape". File photo: Ella Novak

In a scene more reminiscent of a prison movie than a Disney film, around 20 children smashed their way into the Mézereaux Kindergarten with a fire extinguisher before ransacking the facility.

Speaking after the incident, officials in troubled Melun described the scene as an “apocalyptic landscape”.

“When the door was opened, we saw pots, paints, pencils, books, all thrown to the ground,” mayoral deputy Ségolène Durand told France's BFMTV.

“I won't hide the fact we were pretty shocked because this is a kindergarten. These are objects the children are going to use when they return to school.”

Police have now rounded up 15 children out of a list of suspects totalling 22, and will speak to them in the company of their parents in coming days.

“We hope the town won't have to foot the bill, and would like the vandals to pay for the damage they have done,” the mayor of Melun has said.

Meanwhile one former teacher at the school said he was “not surprised, unfortunately”, by the weekend's events, given the volatile nature of the neighbourhood where the nursery is located.