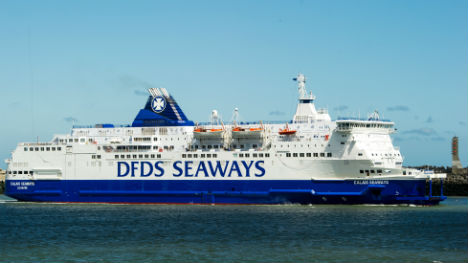 DFDS Seaways services between Dover and Calais remained suspended on Monday morning after an incident on Saturday when a flare was reportedly fired at one of the boats.

“On Saturday night, one of our ferries, the Malo Seaways, was the target of distress flares, one of which struck our ferry,” a company spokesman said.

“After these incidents and due to safety concerns for our staff, our ships and our passengers, we have decided to suspend our service to Calais until further notice,” he added.

On its Twitter account, the company said the suspension will last “until Tuesday 28 July due to continued disruption”.

The company runs 10 crossings a day each way between Dover and Calais.

Traffic has been diverted to Dunkirk in northern France from Calais.

A spokeswoman for DFDS told The Local that there are tow hour delays on their services running to Dunkirk, but they have increased capacity to try to cope with the disruption.

The spokesperson did not say for how long the Calais services will remain suspended.

The Danish company's services have been disrupted in recent weeks because of militant industrial action by workers of a French company MyFerryLink.

DFDS have bought two of the MyFerryLink boats but will not keep on all the staff. The boats have been occupied by MyFerryLink workers who are refusing to hand them over until a deal is found. 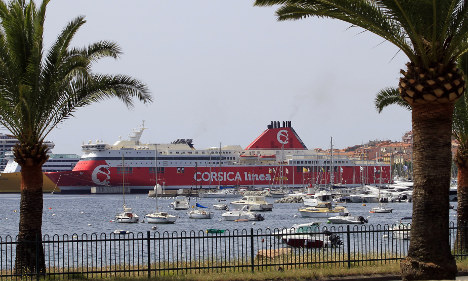 The Berlioz and Rodin, two of the three ferries of the SeaFrance fleet, restarted the busy Calais to Dover service nine months after their previous owner went bust.

Eurotunnel, the Channel tunnel operator, bought the two ships along with the Nord/Pas-de-Calais vessel for 65 million euros ($82 million), and has rented them to a workers' cooperative of ex-SeaFrance employees.

Around 400 workers, mostly ex-employees of SeaFrance, were taken on by the new operator. SeaFrance employed 880 people in France and its British branch employed 130 people.

My Ferry Link says it is aiming for up to 14 percent of the freight market and up to 10 percent of the passenger market on the route, which is also served by P&O Ferries and DFDS/LD Lines. 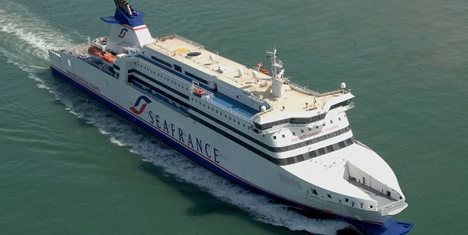