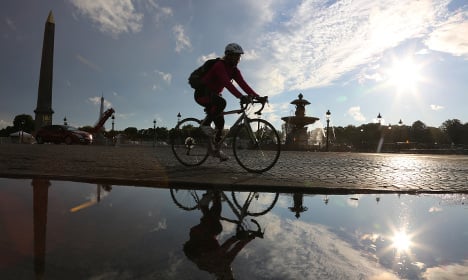 The authorities were still searching for the driver after the incident which happened at around 08:00 at the Place de Concorde at the end of the famous Champs Elysees, where the world's greatest cycling race is to finish later Sunday.

Officials said police shot at the car in an attempt to stop it after it sped away from a nearby checkpoint as officers tried to redirect traffic away from roads closed for the end of the epic race.

No one is believed to have been hit, and police stressed there had been no exchange of fire.

Security in the French capital has been heightened for months following jihadist attacks which claimed 17 lives that began with the massacre at the satirical magazine Charlie Hebdo.