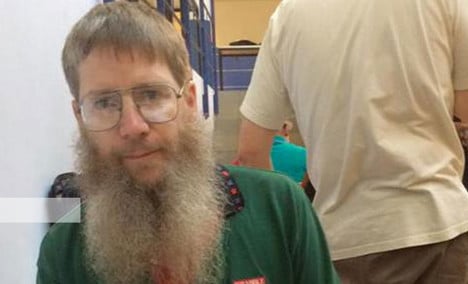 A non-French speaking Anglo has been crowned "Champion du monde" in scrabble. Photo: French Federation of Scrabble
It's surely a blow for Gallic pride – a man who can't actually formulate a single sentence in French came out on top against French speakers from around the world to win the annual World Championship of French Scrabble.
The New Zealander, Nigel Richards, claims to have learnt the French dictionary's words and their various conjugations in just nine weeks.
His knowledge was enough to defeat the runner-up from French-speaking Gabon in Monday's final in Louvain, Belgium.
Organizers at the French Federation of Scrabble have been left gobsmacked.
“We were all incredibly surprised,” spokesman Antoine Rousseau told The Local. “It's hard enough just to win the championship, but then to consider that he learned the whole French dictionary in nine weeks… it's really incredible. Especially considering he can't speak French.”
“We call him the Chris Froome of scrabble,” he said, adding that unlike with the British cyclist, there was no unfair suspicion from the locals that he had taken performance enhancing substances.
“Although at one point we did think he might have had a microphone hidden in his beard,” Rousseau joked.
“To learn the words when you don't understand the meaning, to learn all the sequences of letters and their arrangements… it's almost impossible.”
Rousseau told The Local that rather than feeling peeved at the sight of an Anglo scooping the title, the French players were suitably impressed. (Nigel Richards. Screengrab/French Federation of Scrabble)
“They gave him a standing ovation when he won.”
In a short speech (in English of course) after winning, Richards praised his competitors and told the crowd that he had only been learning French words since May.
But unfortunately for all of us French learners, when he was asked if there was a secret to learning the entire Gallic vocabulary so quickly, he simply responded “No. I just saw them and remembered them.”
Rousseau said the fact Richards is an English speaker may have actually helped as he made the most of the letter W – worth only four points in English because it is fairly common, but worth ten in French.
In fact the highest scoring word in French scrabble is “Whiskey” – worth a cool 148 points.
And unlike most French learners, Richards never fell into the trap of the old “Franglais”.
“He never once put down an English word thinking it was French. His brain is really cut in two,” said Rousseau, who said Richards' strong point was being able to guess the letters of his opponents.
Richards is described by his peers, ironically, as “a man of few words”.
“Nigel's a word freak,” said John Baird, secretary of New Zealand's Christchurch Scrabble Club, where Richards began playing competitively 20 years ago.
Baird said that Richards had an almost photographic memory.
“He's a very elusive character,” Baird said. “I think the American press get very frustrated with him when he wins over there because he's a man of few words.
“He only comes out with one or two word answers, which is completely ironic.”
Richards, a trained engineer, reportedly began playing Scrabble at 28 at the request of his mother, who was frustrated that his photographic memory was making their card games too one-sided.
His newest title will have to fight for room on Richards' trophy shelf – the Malaysia-based word whiz is already a world champion in the English language, and a five-time US national champion.
Perhaps the French Federation of Scrabble summed it up best, switching to English on their official site to say: “Congratulations Nigel, you're amazing”.