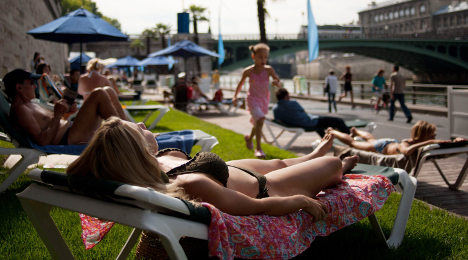 Here's 10 things not to miss at the 2015 edition of Paris-Plage. Photo: Fred Dufour/AFP

It's that time of year again – the month-long Paris Plages festival – where the banks of the River Seine and the Bassin de la Villette are covered under five thousand tonnes of sand and the heart of the city is turned into a beach paradise.

The concept, launched in 2002, has since become a worldwide phenomenon copied in other capitals like Berlin and Madrid.

From Monday until August 23rd there'll be several kilometres of pop-up beaches that are fitted out with palm trees, deckchairs and beach umbrellas at a cost of around €2 million. And it's ready for the capital's sunseekers and beach enthusiasts, as Paris Mayor Anne Hidalgo tweeted on Sunday (below).

The festival will also host dozens of events, concerts, contests and classes that offer a pretty decent substitute for those who won’t be heading to the beach in the annual French summer getaway.
The Paris Plage programme defines the events as festive, playful, and (perhaps best of all) free, and we've dug through the rest of the programme to give you the ten things you shouldn’t miss this year: (Photo: AFP)
Zip-line: Parisian daredevils looking for a new thrill can fly across the Bassin de la Villette on a zip-line. It's open from 1-8pm everyday, but it's only for 6-17-year-olds. Find it on the Quai de la Seine side of the Bassin de la Villette.
Pop-up library: No need to bring your own reading material to the beach this year, as publishing house Flammarion will be loaning out some 300 titles at the Pont Marie everyday from 11am to 7pm. You’ll be able to find everything from graphic novels to crime fiction. But please note, the books will all be in French, so unless you're happy to practice on some of the kids' books, then perhaps consider bringing your own. (Photo: AFP)
Dance party: If you’re feeling footloose there’s a themed-dance every evening from 5-8pm in the Tunnel des Tuileries on the central Paris part of the beach. Be sure to arrive early for the ever-popular Salsa on Saturdays.
Your own boat: Here’s your chance to hit the murky waters of the Bassin de la Villette lake. Every day from 1-8pm there will be pedal boats, rowing boats and even games of kayak polo available for those who’d like to join in. There’s no charge to use the boats, which you can pick up on the Quai de la Loire side of the water. Be warned, the programme advises would-be sailors that this is a popular event. Expect a wait.
Table football (foosball): Both at the River Seine and at the Bassin de la Villette they're bringing in the foosball this year, or as the French call it, le baby foot. It's free, it's fun for all ages, and they're even offering big five-a-side tables for those looking for a serious challenge. (Photo: AFP)
Farm on the beach: Here's one for the kids – at the Pont Louis Philippe there'll be a farmyard between 10 and 5:30pm. Three times a day, at 11am, 2pm, and 3:30pm the kids can do livestock workshops where they can get up close and learn more about typical farmyard animals.
Postcards from Paris: Down at Pont Neuf, they're offering a fun new way to mix photography and family. Beach goers can take a holiday snap of themselves, then share it free online with their family. The service is free, but you can also opt to have the photo printed and even sent to your family for €2.49.
Tai-Chi: Ever wanted to get a taste of Tai-Chi but didn't know where to start? Now's your chance. In the Tunnel des Tuileries on the central Paris part of the beach you can enjoy daily courses from 10am to midday. There's no prior booking needed, and the classes are free. What are you waiting for? (Photo: AFP)
Basketball and beach volleyball: Not every activity in Paris Plages is directly by the waterside. Paris is also offering sports up by the Town Hall too, including four beach volleyball courts and even a few basketball hoops. The sports will be available from 1pm-8pm each day, running from the 23rd of July until the 16th of August.
Mobile art app: Fancy a look at the view from the River Seine from yesteryear? Well that's what a new app is offering, in what promises to be one of the more cultural features on the programme this year. Together with art from the Musée Carnavalet and the Petit Palais, users can take snapshots from various vantage points along the river, then overlay them with photograhy from the past. There will be six points along the river with more information, including how to find, download, and use the app “Paris au fil de la Seine”. 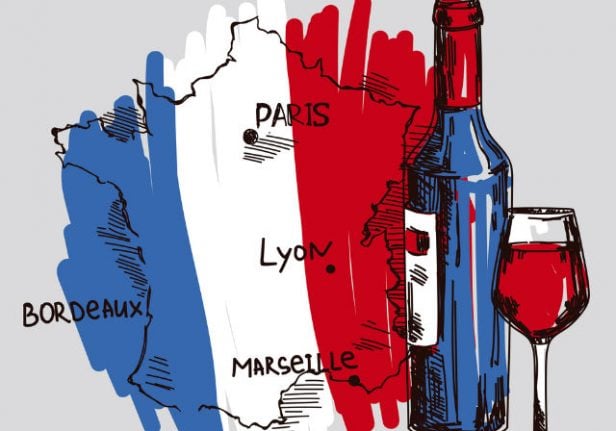 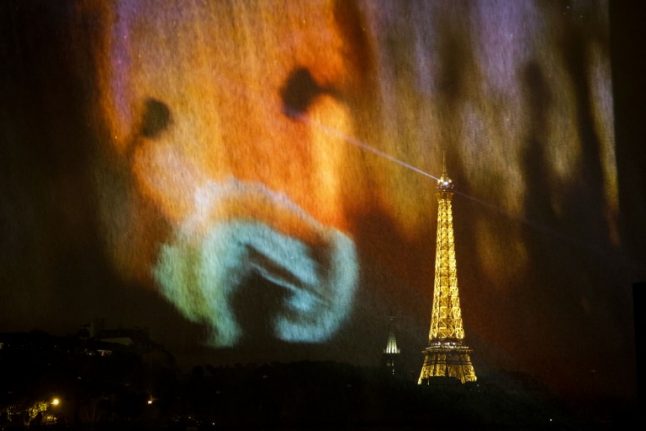 EVENTS
Nuit Blanche in Paris: The events not to miss (including a liquefied Eiffel Tower)
Url copied to clipboard!