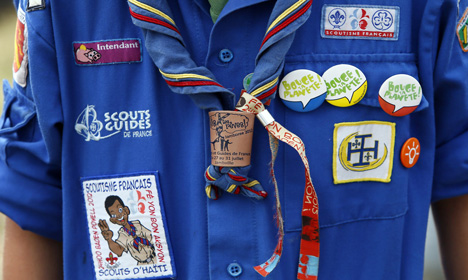 15,000 scouts were evacuated due to the storm. Photo: AFP

Scouts and Guides France, which organised the jamboree in the eastern city of Strasbourg, said 15 of the children had suffered “sprains, fractures or dislocations,” but that there were no serious injuries.

The fire-and-rescue service in France's Bas-Rhin region had earlier said 35 people had been “very lightly injured” during the storm, which forced organisers to evacuate the thousands of children in the middle of the night.

Organisers said the 15,000 youngsters, mostly aged between 14 and 17 and hailing from across Europe, were taken to a nearby theatre for shelter.

“There was no panic as we had been warned about the storm's arrival half an hour before,” organisers said, adding that the children were able to return to their tents on Saturday morning.

Authorities had issued an alert around 2:00 a.m. warning of a severe storm and strong winds in the city on the German border.