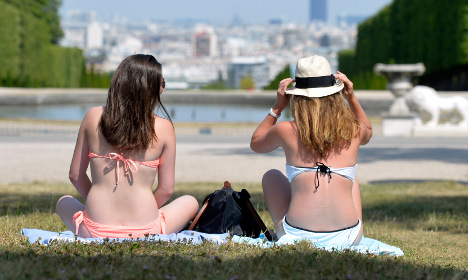 The mercury was forecast to rise into the high 30s in France this week just as the country was enjoying a breath of fresh air after the recent heatwave.

From Wednesday afternoon temperatures will increase all over the country and could reach mid 30s in Paris. They should remain high until the end of the week. Thankfully the latest hot spell will not be as intense as the heatwave earlier this month that saw temperatures in Paris almost reach 40C.

Thursday is predicted to be the hottest day of the week, where the thermometer could rise as high as 39C in the Auvergne region of central France as well as in Burgundy.

In Paris the mercury could rise as high as 36C, which will once again make travelling on the Metro or RER trains a little uncomfortable to say the least. Night time temperatures will not fall below 20s in many towns and cities.

By Friday the mini-heatwave will have passed to the east of the country where Lorraine and Alsace will be suffer in the heat.

Storms are predicted across much of the country on Saturday which will bring an end to the hot spell.