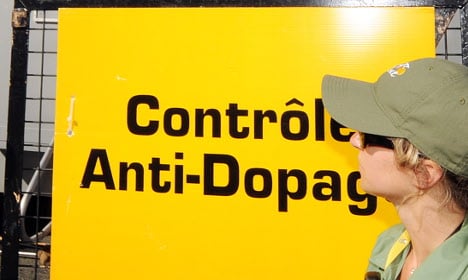 “It is a possibility. No team should think that they can escape at this level,” Cookson, whose federation gets some of the closest anti-doping attention in the world, told Le Monde newspaper.

A new World Anti-Doping Agency (WADA) code of conduct allows tests on athletes “at any time”.

The code is not yet effective in France however, because of a debate over the legal terms used, which could make a night raid controversial.

A government decree is not expected until after the cycle race finishes.

The French anti-doping agency, the AFLD, is responsible for Tour de France tests on behalf of the UCI's independent anti-drugs foundation.

“But one should not be dogmatic on the topic. There are not only tests. We can work with the gendarmerie and the customs service if there is information that suggests irresponsible behaviour,” he added.

“We are allowed to do tests from 6:00am and if we have information we can rely on the customs and the gendarmes,” Genevois said.

Should the raids go ahead, though, they would be supported by some quarters of the peloton.

Team Sky manager Dave Brailsford said his outfit would not complain, despite leader and 2013 champion Chris Froome fighting for the Tour title.

“It's a necessary evil. In many respects, where do we go with it? Do we just say no, or keep fighting away and doing what we can, which is try and strive towards what we all want, which is a clean sport,” said Brailsford.

“But there's a trade-off there and the sport being where it is at the moment, and certainly from our point of view, it's a trade-off we're willing to take.

“But ultimately it would be a shame if big races were determined by your sleep depravation rather than the best riders in the best form winning the race.”