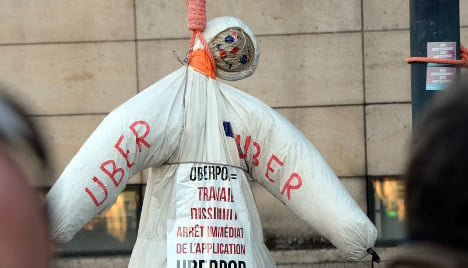 Taxi drivers called for an end to UberPop and they've got what they wanted, for now at least. Photo: AFP

After a spate of violent protests and the arrest of two bosses, Uber finally suspended its controversial low-cost
UberPOP private driver service in France on Friday, six months after it was banned.

“Uber has decided to immediately suspend UberPOP in France,” the US company said in a statement, adding that it was waiting to see the outcome of a legal appeal against the ban, due by September.

UberPOP puts customers in touch with private drivers at budget prices. The company says it has 500,000 users.

The service has angered taxi drivers who say it represents unfair competition because the UberPOP drivers do not face the same regulations and pricing restrictions as professionals.

The decision to suspend the service “follows the acts of violence of the past two weeks,” said Uber in the statement.

UberPOP was made illegal in January, but the law has proved difficult to enforce and the service continued to operate.

Uber has filed two complaints with the European Commission against the law, which it is also challenging in France's Constitutional Court.

Two bosses of Uber France — director general Thibaud Simphal and western Europe director Pierre-Dimitri Gore-Coty — were arrested this week and will go on trial on September 30.

They have been charged with “misleading commercial practices, complicity in the illegal exercise of the taxi profession and illegal use of private data,” the Paris prosecutor said. That followed a major nationwide strike by 3,000 taxi drivers the week before that brought road traffic to a standstill and caused chaos at airports and train stations.

The protests gained added publicity when rock star Courtney Love tweeted her frustration from one of the traffic jams, saying protesters were whacking vehicles with metal bats and “ambushed our car and are holding our driver hostage.”

“I'm safer in Baghdad,” she wrote. Uber said it would consider getting official private hire licences for its UberPOP drivers — requiring them to have 250 hours of training and follow strict rules on the age and size of their vehicles.

“UberPOP was a significant source of revenue for more than 10,000 people,” said the company in its statement.

French Prime Minister Manuel Valls welcomed the suspension saying it “showed that the firm position of the government had paid off”.

“We have always said that we are not against Uber… but there must also be rules,” said Valls.

There was a more guarded response from taxi unions.

“The announcement is satisfactory. However, we remain vigilant and very suspicious,” said Severine Bourlier, secretary general of the National Union of Taxis.

“Uber is accustomed to this kind of manouevre and they are capable of creating similar applications under another name.“ 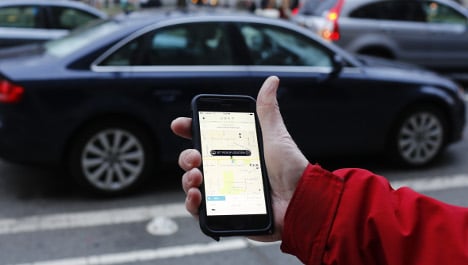 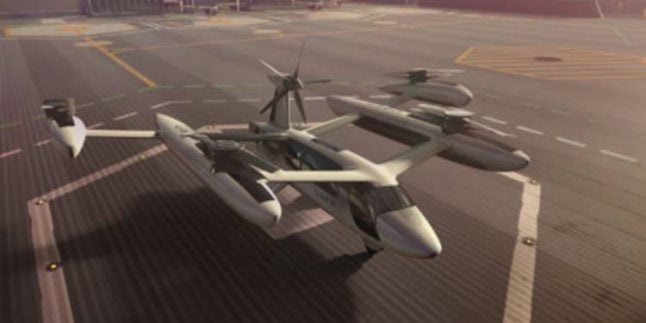