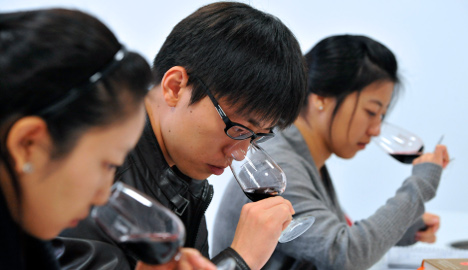 France has been in talks with China since 2011 to recognise the Bordeaux “appellation” — a legally defined and protected geographical marker used to identify where grapes are grown.

China's recognition, announced Tuesday on the first of a three-day visit by Prime Minister Li Keqiang — was a “historic advance” in the battle to stop fake Bordeaux wines being sold in Asia, the agricultural ministry said in a statement.

The appellations system “promotes quality productions rooted in our territory,” it added.

The two countries are discussing around 100 geographical labels from both countries as part of wide-ranging trade talks.