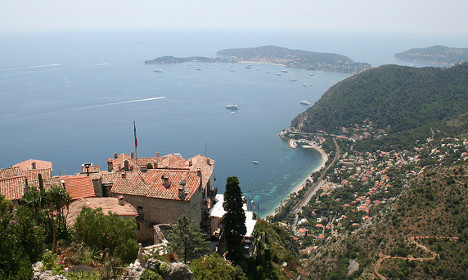 A French woman was charged and remanded in custody on Monday accused of seducing and killing an elderly man and poisoning at least three others on the French Riviera.

Patricia Dagorn, who is in her 50s, was already serving a five-year jail sentence for theft, fraud and kidnapping concerning an 88-year-old widowed teacher.

A source in the new investigation said she was taken from prison to be formally charged with “poisoning with premeditation” in the first case in 2011 and murder for a second death the same year in the southern coastal city of Nice.

She also faces charges of “administering harmful substances with premeditation to vulnerable people” in two other cases in 2011-2012, while a possible fifth case is still being investigated, the same source said.

Dagorn's lawyer, Cedric Huissoud, told AFP: “She denies all the accusations against her.”

He said his client was a “fragile” individual who had been placed with a foster family at a young age. “She says she feels better with elderly people,” he said.

In the case for which Dagorn was jailed in 2013, police found bottles of Valium pills and methadone at the home of her victim, a retired teacher identified only as Robert.

He told AFP then: “I almost died for three days of love.”

In the new cases, one of the alleged victims she had befriended in 2011 died at the age of 85.

Two other suspected victims, who live in Frejus and Nice on the sun-drenched Cote d'Azur, believe she tried to poison them.

The man from Frejus, who is in his eighties, said he had met Dagorn through a dating agency in 2012.

But soon afterwards, his hope that he had found new love late in life was shattered when he found Valium in her case and his doctor said he found traces of poisoning in his body.

“I was heading for death without even realising it,” he told a local newspaper.