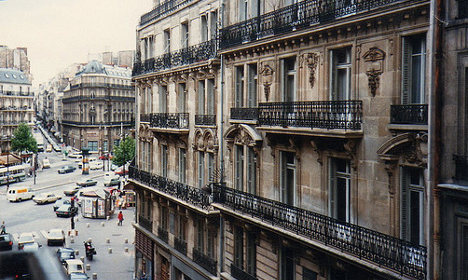 A man who raped real estate agents in Paris apartments has been held.. Photo: Catherine Todd/Flickr
The suspect, aged 59, was arrested last week after being hunted by police in connection with the rape of three women.
The modus-operandi was always the same, reported French daily Le Parisien.
He would approach real estate agencies selling apartments in the 13th and 17th arrondissements in Paris and ask for a private viewing.
At least three times since July last year, he found himself alone in large apartments with female real estate agents.
Then, threatening them with a knife, he bound and gagged them before violently raping them. He then robbed his victims before fleeing the scene of the crime.
Two of his victims were in their late twenties, the third in her late fifties.
The man managed to conceal his identity by never giving the estate agencies his details, telling them that his phone had recently been stolen.
Police were able to finally catch the man after studying hours of CCTV footage in the areas he frequented before the attacks.
When police caught him, they believe he was about to strike again as he was on the way to another viewing. He had a switchblade and a roll of duct tape with him at the time.

After all three women identified the man, before he subsequently confessed to the crimes, reports say.