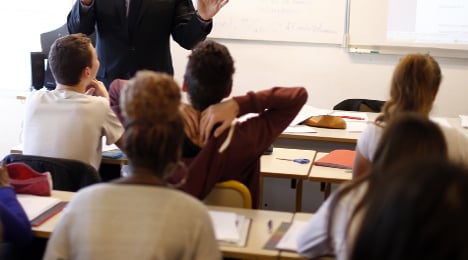 The teacher was suspended after showing pupils pornographic material. Photo: AFP
The incident occurred during a field trip to Nimes in southern France, where a history and geography teacher is understood to have showed students a video on his phone that contained explicit scenes.
The ten and eleven-year-old students from the school, the Institution Jeanne d'Arc de Tarbes which is in the Hautes-Pyrénées département, soon began to circulate rumours that the teacher was a pedophile, reported French newspaper La Depeche.
The school's headmaster admitted that the video did indeed “contain scenes of a pornographic nature”, but denied that the teacher was a pedophile.
“Not at all… It was more an error of judgement than something properly reprehensible,” he said.
He added that the act of sharing the video, however, was enough to justify the teacher's suspension.