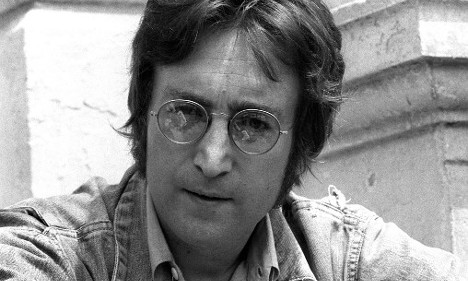 John Lennon's song Imagine has caused a race row in Corsica. Photo: AFP
John Lennon, as the expression goes, would probably be turning in his grave.
His famed song of peace, Imagine, which contains lyrics such as “Imagine all the people living life in peace”, has provoked a storm of controversy at the Prunelli-di-Fiumorbu primary school on the French island of Corsica.
Pupils were set to sing the song in five different languages at the school fair on June 26th, but some parents launched complaints after getting wind that one of the languages would be Arabic.
The others were French, Corsican, English and Spanish.
“They made it clear to us they didn't want their children singing in Arabic. We were ready to listen to them, except some parents said they didn't even want to come to the school,” teacher Annelyse Hallard told French television.
Some parents went as far as threatening the teachers, according to French channel BFM TV, with one parent saying they'd “make sure the fair didn't go well”.
A formal report has been lodged with police by teachers who say they received “racist threats” and on Wednesday prosecutors opened a formal investigation.
One parent suggested that singing in Arabic would be the beginning of the end.
“I'm against the idea but I never threatened anyone,” the parent named Laurent said.
“We already have veiled women picking up their children from the school… and now they want to sing in Arabic? What will it be tomorrow – an entire poem in Arabic? And then what will it be ten years from now?”
On Wednesday the incident took a sinister turn with racist graffiti scrawled on the pavement outside the school that said “Arabs Out” in the local Corsican language.

Other parents who had no problem with the plan got involved too, launching social media pages in favour of the performance.
Pauline Peraldi, head of one parent's group said: “The hatred has to stop, the children have suffered too much.”
But teachers decided that the fair wasn't worth the hassle and pulled the plug on both the performance and the entire fair.
Education inspectors on the island have launched an investigation into the matter.