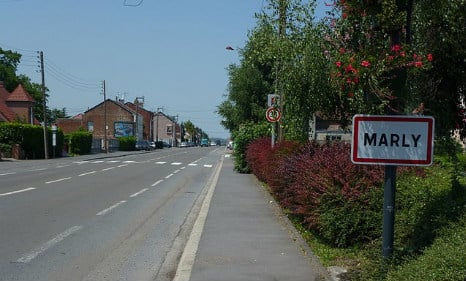 The small town of Marly in northern France. Photo: Havang

According to the mayor of the town of Marly, Fabien Thième, the young woman was in the street when celebratory shots were fired from a procession of cars involved in another wedding.

“This young woman of 19 to 20 years of age took a buckshot bullet to the head,” said Thième. “They were driving past but the bullet hit her.”

Emergency services treated the woman at the scene before she was transported to hospital, but she died later.

The suspect, a man in his late twenties, was detained by locals after he got out of the car. He and the 26-year-old driver of the car were arrested shortly after.

The driver, who called himself the “best friend” of the groom at the wedding he had attended, agreed to drive the suspected shooter, who was not on the guest list, said the prosecutor of Valenciennes, Francois Perain, said.

“The suspect took the hunting rifle to fire in the air to 'add to the atmosphere',” the prosecutor said.

Casings found in the car suggest the suspect shot the gun, a 12-calibre shotgun, several times as they drove by.