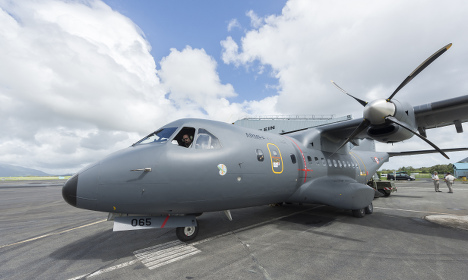 The drugs were found during a customs check on Friday at Felix Eboue de Matoury airport near Cayenne, the capital of the French overseas department on the northeast coast of South America.

They were discovered in the bag of a passenger who was intending to board a military plane to Paris, the Cayenne prosecutor's office told AFP on Saturday.

The passenger was “a military official in his forties”, assistant prosecutor Isabelle Arnal told AFP, confirming a local media report.

The official, who was taken into custody, was planning to board a plane which “transports army personnel”, she added.