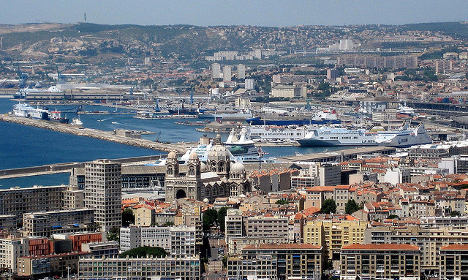 Temperatures in Marseille have topped 30C in recent days. Photo: Kelly Gardner/Flickr
At an elementary school in Marseille, parents have taken matters into their own hands to protest what they believe have been unbearable conditions for their young children.
They told local radio station France Bleu that due to the glass roof on the building and the absence of air conditioning, the mercury has risen as high as 55C during the day.
Outside, the thermometer reached 31C on Thursday and 28C on Friday.
Parents said they had complained for three years about the problem, but decided this week that they'd had the final straw, and at 8am on Thursday they chained the school's front doors closed and stood out the front.
Police arrived by 9.30am to break up the protest and to allow school to continue as normal.
And it seems the move may have prompted the wheels of change. The local mayor, Samia Ghali, told the station afterwards that she had brought the matter to the attention of France's Health Minister Marisol Touraine.

The parents attached a paper to the school's door, seen in the tweet above, urging parent to protest against the “excessive heat”