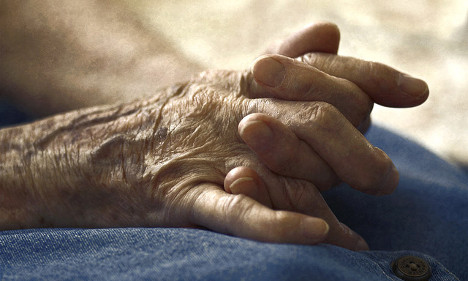 Photo: Tim Hamilton/Flickr
And you thought you had problems in your family.
An 86-year-old woman has made headlines in France after she was kicked out of her home by her landlord son.
The woman had been living for 40 years in the home, in Verdun in the département of Lorraine, eastern France, and claimed that she had been promised it until her death.
Not so, said her son, who first kicked off the storm when he decided to put the house on the market for €125,000 back in 2012.
He bought the home seven years previously for just €42,000, did “extensive work” to it, and then put it back on the market at three times the price, reported French news site 20 minutes.
Experts, however, have valued the home at a maximum of €82,000, prompting the court to probe into whether the son was running a “fraudulent scheme” to ensure she couldn't afford to buy the home.
The Nancy Court of Appeal, however, upheld the ruling of the District Court. It said on Thursday that while the price could certainly be considered “excessive”, that didn't mean that it was “a fraudulent attempt to discourage the tenant from buying”.