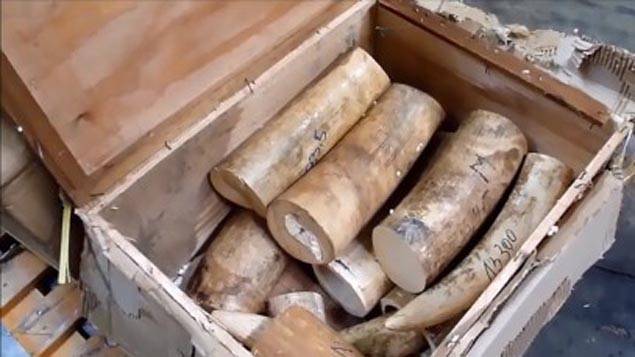 The ivory was on its way to Vietnam from the Democratic Republic of Congo.

The haul is the biggest seized by French customs officials since December 2006, when 600 kilos of “white gold” was uncovered.

“There's one thing that never goes out of fashion and that's ivory,” he told AFP.

There were “several criteria” that alerted officials to the possibility of smuggling, he explained. “The route, what is declared, documents linked to the declaration.”

Ivory ornaments are coveted in Asian countries like Vietnam, Thailand and China, and activists say Africa's wild elephants are being pushed to extinction by the trade.

The price of a kilo of ivory has rocketed in recent years and now stands at around €1,500.