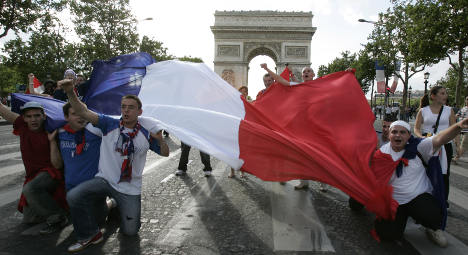 French fans hope they will be celebrating on the Champs Elysée on July 10, 2016. Photo: AFP

In exactly one year to the day (June 10th 2016) France will kick off the European football championships on home turf.

Les Bleus will hope to repeat the triumph that saw them win the World Cup in their home country in 1998, which sparked a golden few years for the French national team.

But they will have plenty of rivals vying to stop them in a tournament that could be the last European championships to be staged in one host country.

The 2020 championships will be shared around Europe, with various cities hosting matches.

Fans from around Europe will flock to France in their tens of thousands with games being staged in stadiums across the country from Paris to Marseille and Bordeaux to Lille.

According to forecasts, the tournament's expected total cost of €1.65 billion ($1.86 billion, 1.2 billion pounds) will outweight revenues of €1.13 billion euros but Platini insisted that the construction of new stadiums and renovation of existing venues is “a plus for French football.”

New grounds have been built in Lyon, Lille, Bordeaux and Nice while significant renovation work has been carried out in Lens, Saint-Etienne, Marseille and Toulouse.

And on Wednesday they have their first chance to get their hands on some tickets, the cheapest of which will go on sale for a reasonable €25. They will be on sale for one month until July 10th, which is the date of the final in 2016.

For the quarter-finals, the cheapest price will be €45, then €65 for the semi finals and €85 for the final.

In order to ensure the success of this great festival of European football, we wanted a ticketing policy that was in line with our lofty ambitions for the tournament,” said Euro 2016 SAS president Jacques Lambert.

“We wanted a ticketing procedure that was user-friendly and transparent, in which everyone – no matter where they were in the world – had the same chances of obtaining tickets via a single portal.”

Uefa will also donate 20,000 tickets to deprived children all over France as part of the 20,000 Smiles for the EURO programme.

To apply for tickets you will first need to register an account, which you can do by clicking here. Tickets will go on sale on the Uefa website and be handed out once the application period is closed on July 10th.

If matches are oversubscribed they will be handed out in a ballot rather than on a first come first served basis.

So all you can do is cross your fingers and hope.

But there will be another chance to purchase tickets in March/April 2016 when Uefa opens their resale site for fans who want to sell the tickets they have purchased.

No tickets will be sold at the stadiums themselves on the day of the matches. 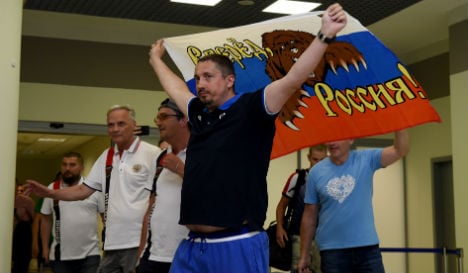 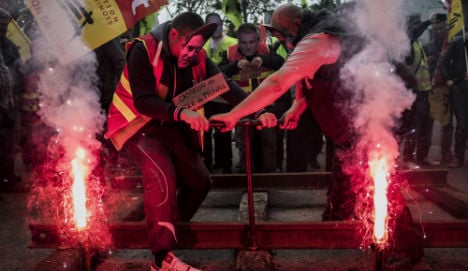 Alexander Shprygin returns to Moscow after expulsion from France. Photo: Vasily Maximov/AFP
Alexander Shprygin, who heads Russia's national supporters association, was among the 20 Russian fans expelled from France for disrupting public order after violent clashes between Russian and English fans last weekend before their countries met in Marseille.
The group was put on a flight from Nice to Moscow's Sheremetyevo airport earlier Saturday after French investigators were unable to slap specific charges on its members but said they suspected some of them were violent and well-organised hooligans.
Shprygin said the fans had received usual exit stamps that would allow them to return France.
“I have the desire to (go back),” Shprygin told reporters, adding that he had tickets to Russia's match against Wales on Monday. “I plan to make this decision after I go home and see my family.”
The fans expelled from France have denied taking part in the Marseille  unrest.
The other expelled fans echoed their leader's statements, swearing their innocence and said their treatment had been unfair.
“When the French fans come in 2018 (for the World Cup hosted by Russia), I hope no-one will touch them or insult them,” said Vitaly Petrakov, a 48-year-old Moscow Torpedo fan.
Ivan Mironov, who heads the local branch of the fan association in Russia's Perm region, said the group could not be held responsible for individual fans' behaviour.
“There were 15,000 Russians at the game in Marseille,” he said. “How can one organisation be responsible for all of them?”
Russian officials meanwhile have expressed conflicting opinions about fighting among football fans, spanning from condemnation to outright endorsement.
President Vladimir Putin on Friday said that fighting among football fans was a “disgrace” but questioned how “200 of our fans could beat up several thousand English,” drawing laughs and applause from the audience at the economic forum he was addressing.
The lawmaker who employs Shprygin at the Russian parliament, Igor Lebedev, wrote on Twitter earlier this week he saw “nothing wrong” in the clashes and encouraged the Russian supporters to “keep it up.”
SHOW COMMENTS 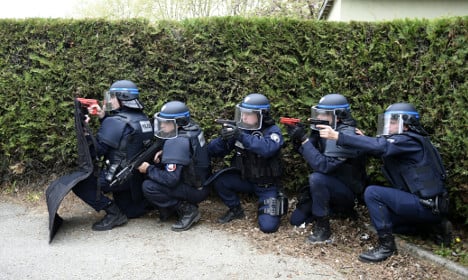 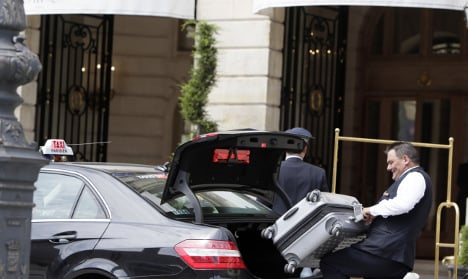