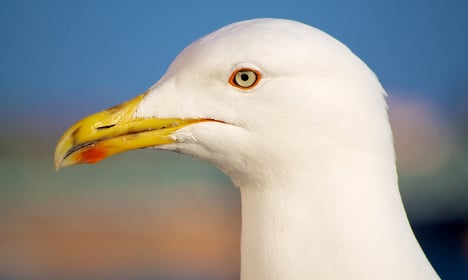 The gull in this picture is not the phone thief: Photo: Maxime Raphael/Flickr
Tourists visiting France are told to be on the look-out for pickpockets but warnings may soon have to be issued to alert them to the “beak-pockets” on the French Riviera.
The plush coastline has a reputation for crime and now even the seagulls are getting in on the act.
According to a report in the Nice Matin newspaper on Tuesday a gull made its strike on a family of German tourists who were enjoying cocktails on a balcony on the second floor of a building in Port-Frejus.
The bird swooped down to the table where the phone was lying, picked it up in its beak, then flew off.
As luck would have it, a young Italian girl found the phone soon after and it was returned to its rightful owner. The gull, meanwhile, is still on the run.
Indeed, it appears the gulls are getting more daring around the world.
Last month in Holland, a young man got a fright and lost his lunch when a cheeky gull snatched his fish meal directly from his hand as he was putting it into his mouth. Elsewhere, seagulls have been known to steal objects like golf balls and packets of crisps.
In fact, videos of the fish, golf ball, and crisp packet thefts were all caught on camera and are all embedded below.
You have been warned.