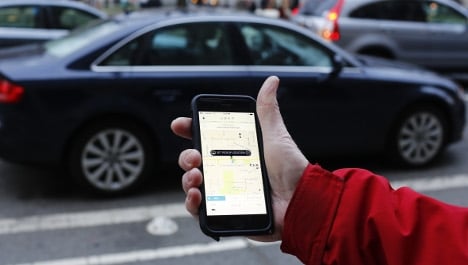 Uberpop is illegal in France but it continues to grow. Photo: AFP

Taxi drivers across France will be spitting out their croissants on Monday after it was revealed that Uber has opened its Uberpop service in three new French cities – Marseille, Strasbourg and Nantes.

The service – which basically allows any ordinary car owner to become a taxi driver – is technically illegal in France, but until a court hands out its ruling the service has been allowed to continue running.

Uberpop puts non-professional drivers with their own cars in touch with passengers via their mobile phones or a website for rides at budget rates.

It is the scourge of taxi drivers across Europe who accuse it unfair competition.

But on Monday Uber raised the stakes and showed it was willing to take the fight to French taxi drivers and authorities alike.

After opening up in Paris, Lyon, Lille, Bordeaux, Toulouse and Nice – picking up one million users along the way – the company has now added the three French news cities “in a strategic move”, the company said.

The American firm hope to put pressure on authorities to change the regulations around the taxi services and profit from the legal uncertainties. The firm managed to keep the roll-out of the service in the three cities a secret until Monday.

Under the Thévenoud law introduced on January 1st French police are allowed to hand out fines if they catch the Uberpop drivers – hundreds of whom have been penalised.

In April this year taxi driver unions threatened all-out war if the government did not enforce the ban on Uberpop.

“Today the government has the means to prohibit the secretive and illegal work, which is done by those drivers. There are laws for this and they are not being applied,” Pascal Wilder, Secretary General of the National Federation for Independent Taxis was quoted as saying by Europe 1 radio.

On Monday news of the opening of UberPop in three cities prompted immediate protests from taxi drivers.

The picture below shows cabbies waiting outside the Mama Shelter in Marseille, where a meeting of UberPop was due to take place.

Taxi drivers also blocked roads in the centre of Nantes.