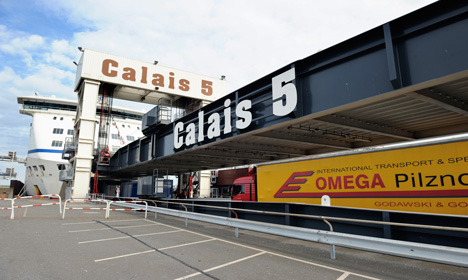 Among the discoveries were two bombs, one of them booby-trapped, which were dropped by British aircraft during the war. Each weighs 227 kg.

Police have marked out a danger zone stretching 1.5 km, closing off the entry to France's busiest passenger port, which provides the main sea route to Britain for cars and transport vehicles.

The teams had until early afternoon, when the tide would start coming in, to defuse and remove the explosives.

Diggers were creating earth barriers to protect against the blast from the two largest bombs, which were less than 20 metres from a pipeline that is under construction.

The booby-trapped bomb — often used during the war to try kill demining teams — required special care as the explosives experts had to defuse each part without sending shockwaves or shrapnel that would trigger other parts of the explosive.

Calais is in the midst of a 650-million-euro ($772 million) makeover to increase its capacity and improve its rail and road infrastructure.