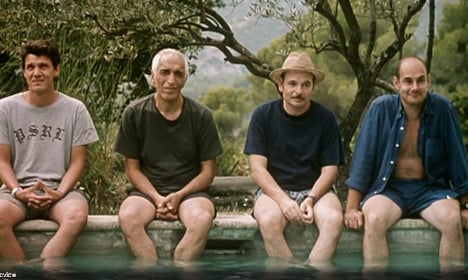 The French Film "Le Coeur des Hommes" about men going through a mid-life crisis, the type of film ridiculed on Twitter this week. Photo: AFP
The French are pretty proud of their film industry or at least that was the case until sometime on Thursday morning.
But then the hashtag #CommeDansUnFilmFrancais (which translates to “Like in a French film”), was created on Twitter and French people have avidly joined in the sport of French film bashing.
By sharing and ridiculing typical movie scenarios that they say you can only find in a French film tweeters have tapped into the common criticisms labelled at French films  – the are all set in Paris, all about men going through mid-life crisis or about couples who have fallen out of love with each other after having kids, but suddenly fallen in love with their child's best friend's dad or even that everyone gets naked… etc etc
The trend has gone viral in France since it began on Thursday morning, as amateur movie critics pick apart everything they consider to be wrong with French film.
Let's not waste any time – here are some of the tweets that were the most popular:

The tweet above suggests that the only city in France is Paris, at least according to French films. The one below sarcastically questions why the film's protagonists are living in a 180 sqm apartment in Paris when they're supposed to be broke.

Here comes one of the many mentions of French actor Gerard Depardieu, who appears to be in more than his fair share of films from France. The tweet reads: “You tell yourself that casting Gerard Depardieu will be enough to finance the film”. Here, a tweeter wonders why there is always a parking spot in Paris directly in front of where the characters are to be meeting.

Others took aim at the fact that French cinema has no problem with nudity, or that the dialogue can be sparse at best:

(This Topsy screengrab shows how thousands suddenly began to use the hashtag)
Stop bashing French cinema
French film expert Judith Prescott, however, said that French cinema had a lot to be proud of in just the last six months alone.
“It's good to the see the clichés about French cinema being trotted out by people who have probably only seen two or three French films over the past six months,” she told The Local on Friday.

She admitted that there were indeed some “howlers” among the 258 films produced by the French film industry last year,  but that for every dud, there are young directors bringing something fresh.
“Think Francois Ozon and his film about a transvestite, The New Girlfriend (trailer below), or Kim Chapiron and Smart Ass, about a prostitution ring at an elite business school in France,” she said.
“And let's not forget the old guard of New Wave directors like Jean Luc Godard and Bertrand Tavernier who are still producing excellent, thought-provoking films even though they are well into their eighties. Godard's last film Adieu au Language was a real head-scratcher, but it was unlike anything else to hit the big screen last year.”
She added that the clichés pointed out by tweeters surely didn't only relate to French films.
“While it's easy sit back and deride films that have unemployed people living in lavish Parisian apartments, or those showing middle-aged men in relationships with younger women, is this reserved for French films?
“Unlike other national films industries, female directors are also given a fair crack of the whip in France. Many of the outstanding films I've reviewed over the last few years were directed by women, Celine Sciamma's Girlhood (trailer below) or Marie-Castille Mention-Schaar's Once in a Lifetime. to name but two.
“Try coming up with more than five recent English or American films directed by a woman.  And for all the 'been there, seen that' plot lines, French films are popular outside of France. The Artist and The Intouchables were hugely successful abroad and Abderrahmane Sissako's Timbuktu has just quietly taken over one million dollars at the US box-office.
“Look at two of the films highly praised at this year's Cannes film festival, Standing Tall and The Measure of a Man, both hard-hitting social dramas and tell me this is not the new face of French cinema.”
Judith Prescott has lived and worked as a print and broadcast journalist in France for 23 years and is an avid follower of French cinema. Her blog, French Cinema Review, is aimed at fellow cinephiles around the world to keep them up-to-date with what's making news in the French movie world. 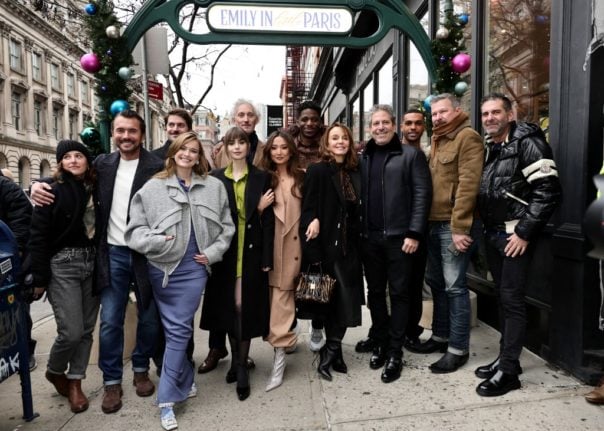 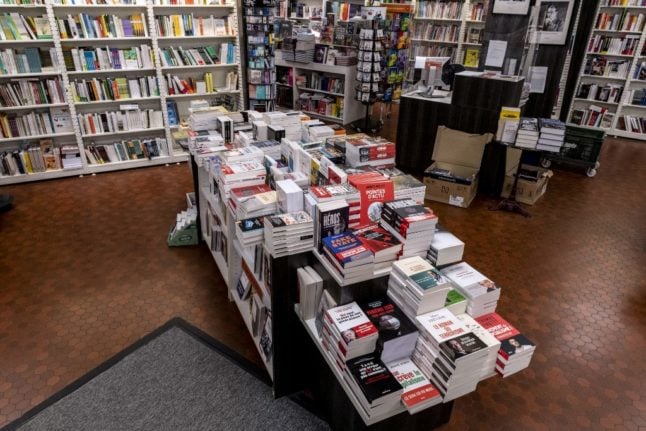