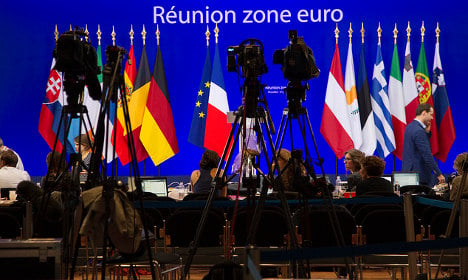 Teenagers get to spend six months abroad in Europe under a Franco-German plan for a deeper EU. Photo: Charles Clegg/Flickr

German and French ministers revealed their plans on Thursday for “Europe’s biggest reform” saying we cannot wait any longer.

They laid out a list of ideas to foster a more united and a stronger eurozone and EU, for which France's super economist and firm critic of the eurozone Thomas Piketty told The Local will “fail to respond to Europe's main challenge”.

Here are their main points.

Teenagers get to travel

Young people across Europe would be forgiven for ignoring the vision for Europe presented by Paris and Berlin on Thursday given that much of it focused on strengthening the EU from a rather dry financial standpoint.

However there was one part of their dream for Europe that will pique the interest of youngsters.

In order to foster a “stronger sense of community” the countries are proposing that every teenager in Europe that reaches the age of 18 to spend at least one subsidised semester in another EU country, to either study or follow an apprenticeship.

That surely will get the backing of young people.

Although they could have gone a bit further perhaps. How about giving expats across the EU the right to vote in their country of residence?

Economist Piketty backs The Local's campaign for EU expats to be given vote in the country they live and says EU citizens living abroad should “at least be given the the choice” of whether to vote in their country of origin or the state they reside in.

A 'Euro commissioner' and eurozone MPs

Paris and Berlin’s proposals will guarantee the creation of at least one new job in the eurozone – that of a euro commissioner, who would basically be in charge of the new regime.

The countries recognise that Europe needs to address its “democratic deficit” so the “euro commissioner” would be answerable to a special bloc of eurozone MPs which would have a separate sub-chamber within the European Parliament.

This is a move that would be backed by France’s celebrated economist Thomas Piketty.

“We may have a common currency for 19 countries, but each of these countries has a different tax system, and fiscal policy was never harmonized in Europe. It can't work. In creating the euro zone, we have created a monster,” said Piketty in a recent interview.

Germany and France are now proposing that “consistent though not necessarily equal minimum wages” should be imposed across the eurozone and corporate tax policy be harmonised.

“This would strengthen our individual economies, establish a truly level playing field across the eurozone and ensure that tax competition and social dumping don’t create races to the bottom” said Macron and Gabriel.

Paris and Berlin believe the current “rules based fiscal framework of the eurozone just isn’t suitable and so a eurozone budget is necessary that would be “over and above national budgets”.

This budget would allow the eurozone to raise its own revenue streams.

One of those revenue streams would be a “common financial transaction” or a kind of Tobin tax as it’s referred to.  The tax on share, bond and currency trading has been backed by certain EU leaders, but always resisted in Britain due to the fact it would be a significant blow to the City of London – Europe’s financial hub.

Another revenue stream Paris and Berlin believe the eurozone can take advantage of is by collecting in a proportion of the eurozone's “harmonized corporate tax”.

Perhaps with future bailouts in mind Paris and Berlin would create an EMF – European Monetary Fund to replace the current European Stability Mechanism, which would be brought under “community law and transformed into a proper” bailout fund.