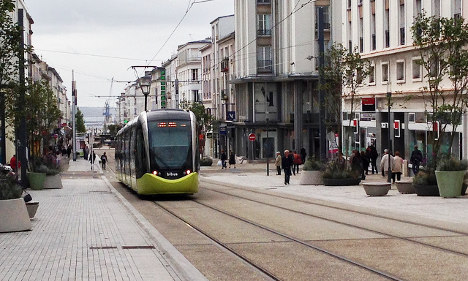 The incident took place on the streets of Brest, western France. Photo: Andrew Nash/Flickr
It's a story that could make even ear-chewing boxer Mike Tyson recoil.
It happened last Saturday outside a club in Brest, north western France, when two women reportedly got into a squabble.
Exact details remain unclear, but a 22-year-old French woman is understood to have pushed the friend of a 38-year-old woman from the UK, reported the Ouest France newspaper.
A scuffle broke out, which ended when the senior Brit bit off the thumb of her Brestoise rival.
The thumbless Frenchwoman was then rushed to hospital while a search party was launched for her missing digit.
But despite the searches the thumb has reportedly not yet been found.
The hospitalized woman will likely need a transplant, the paper reported.
The British woman is believed to be still on the run, though officers are understood to know her identity.